DAU TIENG - If stateside radio is what you're looking for, it can be found by tuning to 107.8 on the FM dial - WTLB (Radio Tropic Lightning Brigade).  The 125th Signal Brigade's new radio station was recently put into operation here, broadcasting the "NOW" sounds to those in the 1st Brigade area.  It was almost four months ago when three GI's, formerly with WACR (Radio Blackhorse) at Quan Loi, arrived at the 1st Brigade base camp with five conexes containing turntables, recording equipment and 5,000 records.  Their objective was to build a radio station.  "It was quite a challenge," explained SP4 Mike Smith of Tulsa, Okla.  "We had to turn the dusty hootch that we found at our disposal, into an air-conditioned, soundproof, broadcasting studio, which is more of a job than one might imagine."  Five weeks later, after using such field expedients as claymore wire to hook up their equipment, and mattresses to insulate the broadcast booths from the sounds of the base camp, the task was finished.  Special attention was given to "Sinners basement", a music graveyard for the "moldy oldies" and point of origin for some heavy sounds.  Commercials such as "Fill 'er up with Mobil Gas", and "Hai Karate Self Defense Lesson 1", with no actual monetary backing, lend authenticity to the station's "Stateside Radio" slogan.  The station's programming covers a wide range in musical tastes.  Through the sounds of Heavy Rock, Soul and Country & Western, WTLB hopes to simulate the GI's favorite radio station back in the world. 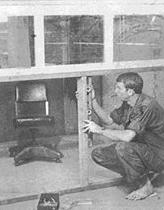 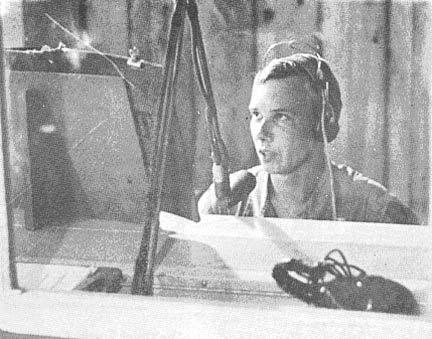 Off Air - Records and heavy sounds were preceded by many hours of sawing, hammering and hard work before WTLB could serve the men of the 1st Brigade. 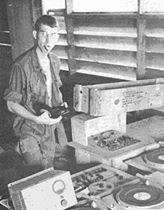 CONTROLS - Facing this WTLB DJ is a maze of switches, meters, dials, scripts and turntables--all tuned for the listening pleasure of the men of the 1st Brigade

Moving in - Upon arriving at Dau Tieng, home of the 1st Brigade, the DJ's had to put in a little off the air time sorting out equipment. 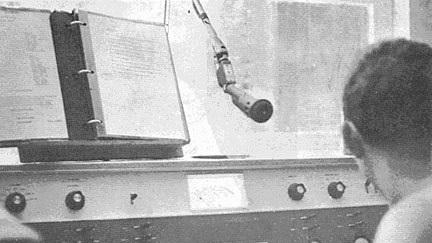 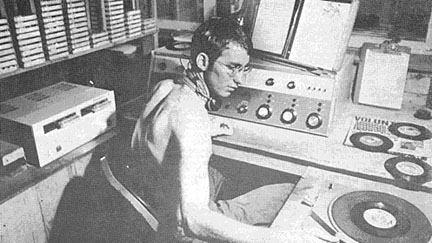 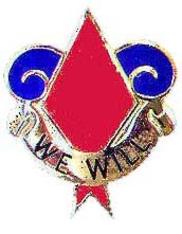