Like Rick, I also worked with Paul on the "graveyard shift" when he was the voice of "The Orient Express"...and a great radio voice it was. He loved his work and was the consummate professional when the "On Air" light came on. He was a kind friend and a gentleman with a great sense of humor.
I will never forget the graveyard shift as Christmas Eve 1969 turned into Christmas Day. Of course, the programming at that time was all Christmas music. It was after my 3 a.m. (sorry...my "zero-three-hundred hours") newscast that Paul caught me off guard as I ended my cast by asking me if it was time for us to open our Christmas presents. Stunned, and not knowing what he was up to, I hesitatingly said "Suuuurrrre".
Paul crumpled some paper to make the sound of unwrapping a gift and said, "Thanks, Jim, just what I always wanted; a toy AK47. Now, open yours". As I made up something stupid (adlibbing was not a skill of mine), SP5 Larry Green came into the "news tank" and joined the gift exchange; then, SP5 Tony White, our teletype guy, came in. We were all crumpling paper like we were wide-eyed kids opening gifts on Christmas morning.
I don't know if anyone in our overnight audience enjoyed our madness, but Paul found a way to lift all of our spirits on a day we all just wanted to get thru and get on with our lives.
No doubt he's already found a time slot with our other departed colleagues on Radio Forever.
Thanks, my friend, for giving us a Christmas to remember during a time most of us chose to forget.
Jim

Oh no!  Sorry to hear that.  Paul was very active on the air and doing production while I was at AFVN 69-70.....very easy to work with......always picked on me for playing Kirby Stone 4 on my Sunrise in Saigon program.
GarryB

On Paul's Facebook page one posting indicates he died Saturday. No cause of death given. I worked with Paul when he was hosting the Orient Express in Saigon. If anyone could challenge the golden voice of Gary W. Gears, it was Paul Bottoms. A voice tailored for radio. I think he could have worked in any market he wanted. RIP friend.
Rick Fredericksen

The first portion of this page contains reactions to Paul's death.

The rest of the page consists of items that Paul published on Facebook.

This page should be available until either made private or deleted.

Notify the Webmaster if you are unable to access the page.

Messages and Other Comments​

I saw a question on Facebook inquiring if we had heard anything concerning the passing of AFVNer Paul Bottoms.  In going to his Facebook page, it appears that condolences for his passing are starting to come in.  No more info at this time.
Jerry Nelson

Great story Jim. And written like a pro.
Rick Fredericksen 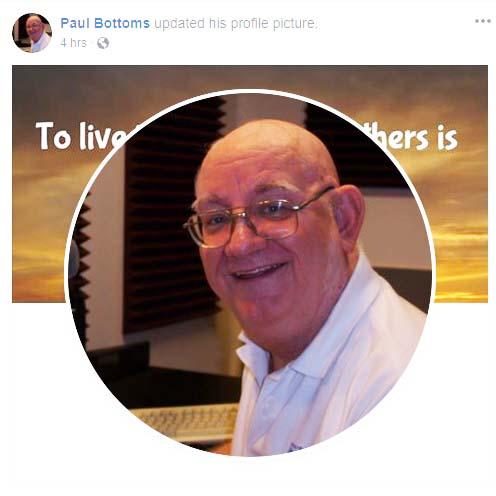 Like others, so sorry to hear about the death of Paul Bottoms.  I spent more time with Paul than anyone else during my two years in Saigon.  We were regulars visiting the zoo, attending movies at Vietnamese theaters and just messing around.  I visited him twice after the service when he was working in radio at Ft. Smith, Arkansas...near his growing-up home in Mountainberg.  He was going to go with me backpacking in Europe for a year.  I went.  He decided not to go.  And I never saw him again...although we did talk about ten years ago.  He said not going to Europe was the worst decision he ever made. I went with him to the airport when he left Vietnam and we both had tears in our eyes.   While those war-time friendships may exist on a pretty simple level, they do bring back a lot of great memories. And Jim, always good to hear from you.  And you even mentioned Tony White..my Kyson roommate for a year.

Paul Alex Bottoms, 70, of Richmond, Virginia passed away on Thursday, March 7, 2019. He was preceded in death by his father, Hubert Bottoms; mother Wanda Hammonds Bottoms; and sister Betty Releford. Paul is survived by sister, Paulette Moore (Jimmie); aunts Frances Williams and Laqueta Bottoms; and cousins, nieces and nephews. Paul’s favorite things to do were spend time with his cousin DeLesa Sandidge (Ron) of Fredericksburg, Virginia, volunteering at the USO at Richmond International Airport, fishing, long visits to libraries and book stores, and helping others he knew. He started as a DJ in radio as a teenager in Arkansas using the on air name of Paul Poppins. He joined the Army and did news for Pat Sajack on AFVN radio. Paul came home and was a newscaster at various radio stations in the areas of Chicago IL, Dallas-Ft Worth TX as well as San Antonio, Alexandria VA, and most recent, WRVA in Richmond. Paul was very fortunate to have many friendships with extraordinary personalities at all of the stations where he worked. Final arrangements are private.

Paul passed away on March 7, 2019.  The following is an obituary and some messages from those who knew him.​ 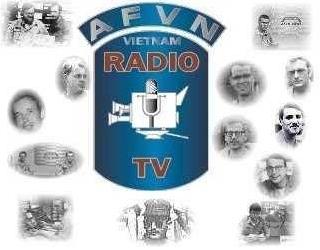