John's Story in His Own Words

​Fifty-two years on, January 28, 1968, I arrived in Hue, South Vietnam as a twenty-year-old Army Specialist 4.  Little did I know at the time that I was walking into what would be known as the Tet Offensive, one of the bloodiest and deadly battles of the Vietnam War.  I had only heard the word “Tet” a couple of times since I arrived in the country. It was always around happiness and celebration as this was the Vietnamese New Year.  We were hopeful in 1968 that there might even be a cease-fire coming.

I arrived mid-afternoon from the First Air Calvary Division in An Khe.  I was working as a disc jockey for the American Forces Radio Station ran by the “Cav” and was sent to Hue to start a local radio station. There was already a Television station there, and a radio station that broadcast the signal from Saigon, but there was no local programming.

I flew by helicopter into a small airfield at Hue and searched for a ride to the station. It took a while, but I found someone with a jeep that was willing to take me to the station.  Everything I owned was in my duffle bag. I threw it into the back of the jeep and we were off.  A few minutes later the driver dropped me in the middle of Hue in a residential area.

“There must be some mistake,” I said.  “I want to go to the television station.”
“You’re here,” he snapped and throwing my duffle bag in the street, he drove off.
I walked into the facility, which looked a cross between an office building and a house. My friend, Steve Stroub, who with me at the First Cav, had arrived in Hue a few weeks earlier. We chatted a bit and  Sgt Harry Ettmuler, from the television station (also known as Detachment 5) walked me over to the house where I would be living.

As we crossed the street, I noticed a lack of security.  I had been in An Khe at an Army base that had a heavy perimeter with several layers of barbed wire fence as well as guard towers all around the base.

When I saw a strand of barbed wire about 8 inches tall in the back of the house, I remarked that it did not seem very secure.   I remember Harry’s response vividly.   “Oh, that’s to keep the ducks in the duck pond at the bottom of the hill from coming into our back yard and pooping all over the place.” He remarked.  “Nothing ever happens here,” he concluded.

Military Assistance Command Vietnam (MACV) had a small facility a mile or so away that was walled in. We went there for an evening meal and then back to the house for the night.

The next day (on the 29th) Steve and I began our job of pulling together the necessary things to get the station up and running.  It did not take long to become comfortable with all the guys in Detachment 5, although I still was a bit skittish of being in the middle of a residential area in South Vietnam.

We had food and a kitchen in the house that was our barracks but generally took one meal at the MACV compound.  That evening we again took our only means of transportation, a beat-up pickup truck, through the streets of Hue to MACV.
We returned to the house and retired for the night.

In the early morning hours of the 30th of January, we woke to gunfire, mortar and rocket attacks and what seemed like “all hell breaking out.” We looked out our back door and we could see the Citadel, the walled-in area that housed the Imperial City of Hue. It was glowing as if it was a bonfire.

For the next five days, that house would be our home as we bunkered down with fighting all around us.

My story, along with the brave men from Detachment 5,  has been well documented through the years including a great article in Vietnam Magazine by my friend Rick Fredericksen.  (Click Here)

I am happy to share with you my experience. I am excited to put a missing piece together here for my escape.

I was hiding out  in a Catholic Church and the Priest pointed me to what he thought was an American base.  I crawled there during the night.  In the confusion I didn't record the actual unit and I have through the years referred to it as "a signal / communications unit."  I never recorded any of the names of people at that unit,  so was not able to communicate with anyone later.

I was thankful for the hospitality they showed me when I "surrendered" to them.  As I recall, they were on limited rations but shared them with me.  I was never so happy to have C Rations in my life.

From there, I went to a MASH unit for medical assistance and back to the First Cav at Camp Evans.   As I recall the MASH unit was outside the MACV compound.  By the time I arrived there I was pretty much "out of it".  I had been wounded the first day of fighting and by the time I got to the MASH unit infection had set in and the nurse wanted to amputate my leg.  I somehow talked her out of it as they treated me for the infection.  I figure if it was another six hours of so before I got medical attention, I would have lost the leg.  I remember that the unit had been under attack and there was a lot of discussion as to if they could get me to the MASH unit because of fighting in the area. After some time they threw me a jeep and rushed me to the MASH unit.

I was assigned to First Cav and had been in Hue only 2 days when the fighting broke loose.  I was able to eventually get in contact with all of the survivors and family members  of those who were killed at  Detachment 5 so have communicated with them quite a bit over the years.  My good friend, Steve Stroub, was also from the 1st Cav and had been in Hue for about six weeks.  He was killed.  I had a chance to visit with his family in Wisconsin where I got back from Vietnam and still talk with his sister.

As you know there were nine of us, including one civilian.  Three were killed there and five were taken prisoner.

Since the radio / tv station was out of service and everyone else was either dead of captured the army did not know what to do with me.  I spent the last 30 days at Camp Evans picking up cigarette butts and doing odd jobs until I got to go home.​

The second part was received in May 2018 and then misplaced until December 2019--my apologies.  Jim White

The following is an incomplete extract from Facebook.  My apologies for not having all of it.  Webmaster 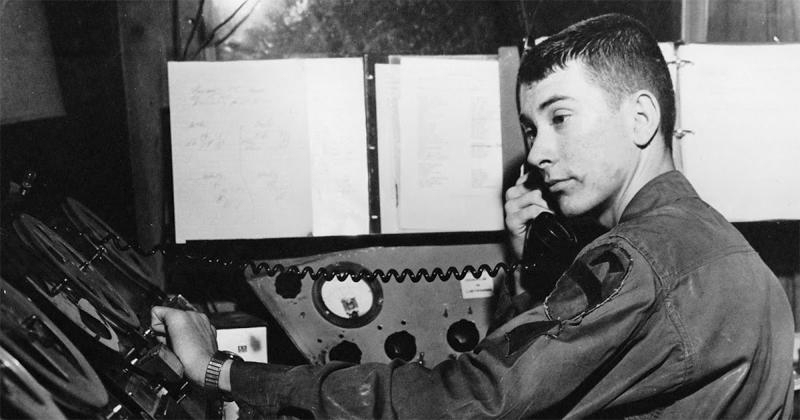 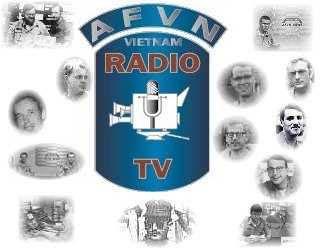 Photo of John Bagwell posted on Facebook in May 2018.

John Bagwell was assigned to the 1st Air Cav. Div and then posted to AFVN Det 5, Hue.

He was the only member of Det 5 to avoid being killed or captured during TET '68.

This photo shows him at An Khe before he came to AFVN. 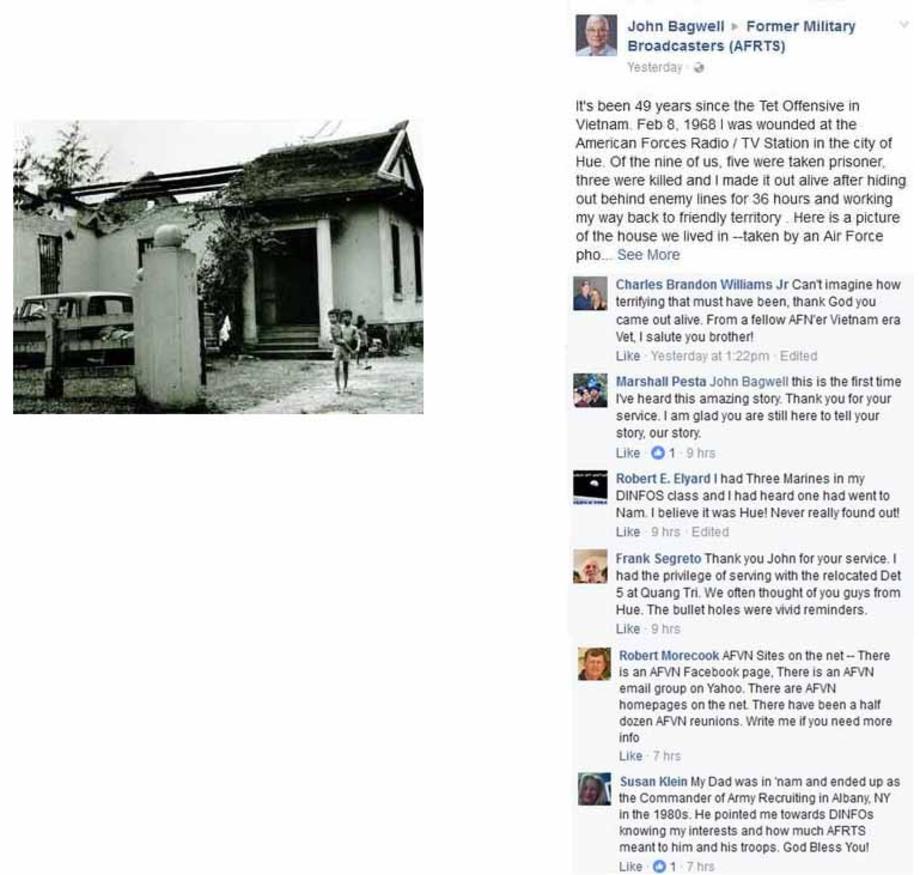 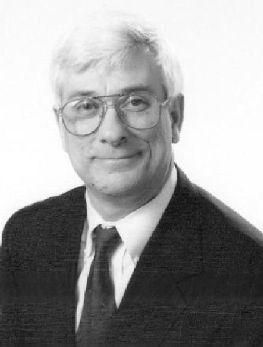 What a great article. I was on the radio side, but attached at one time to a television station in Vietnam.  I am a news junkie, so it was always nice to get the television news even if it was several days old. I really don't remember most of the actual tv shows during that year.
While in An Khe with the First Cav, we did not have a television station to watch, although on occasion if we got the antenna just right we could pick up one of the stations.
Technology has really changed through the years, hasn't it?
John Bagwell