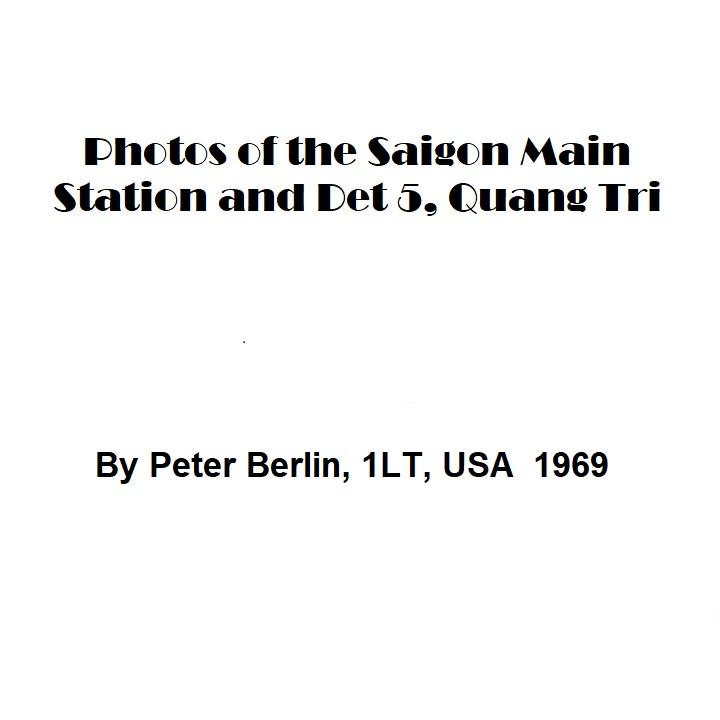 Peter,
Sorry to be so slow in replying, but between having some work done on my eyes and trying to catch up with a huge backlog of AFVN-related messages, etc., I have just finally gotten back to your message.
You are now on the AFVN "Where are We Today"--hopefully, properly in Georgia.
I looked up both John Malkovich (your spelling is great!) and your friend, Al Rockoff.  I am sure I have seen The Killing Fields but it has been sometime back now--however the story and the tragedy of Cambodia are still fairly fresh in my memory.  Your video on the internment is about the best I have seen in showing how an Arlington burial is important to the the average person.  Please look at your Photos and Stories page to see how I have updated it.  If any problems/questions, please write.
Hope to see you in September,
Jim W 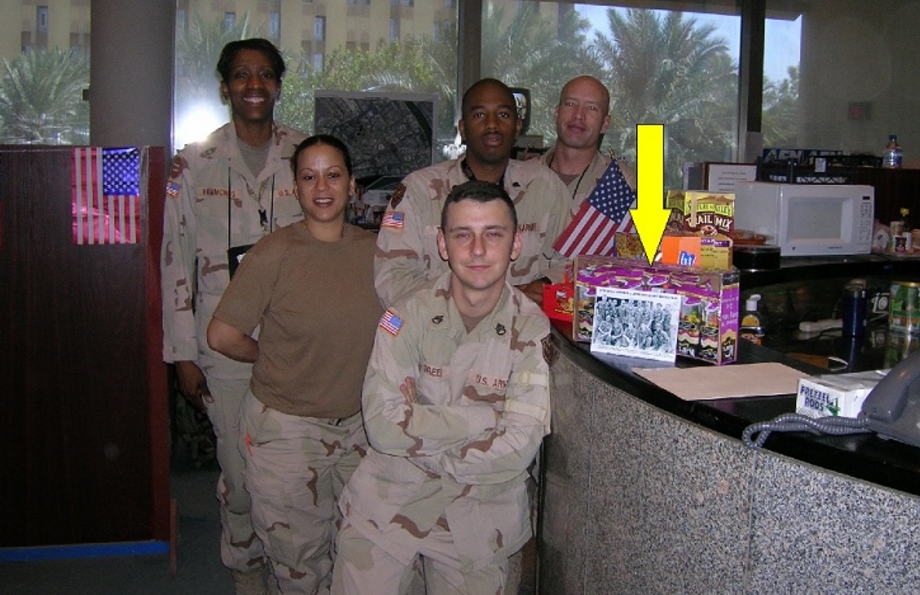 Hi Jim,
For some reason, my eye took the MACV patch and transformed it in the the 1st Signal Brigade patch…just for a moment….I was  also associated with the 1st Signal Brigade when I was with the S. East Asia Pictorial Center (Combat Photo)  after my stint with AFVN.  I am currently living in North Atlanta.  My daughter and family with two grand kids moved up here….so bye bye S. Florida.  I am a 5 hour drive to Raleigh so I might as well  go this year.  I just got back from Phoenix for SEAPC reunion.  Take a look at the coverage in the link below. I also did a presentation on AFVN at that Reunion…see the link below.

I will update my Where I am Today stuff….Is there a link for that?
You certainly have my permission to add the info to the Photos and Stories pages.
Have you ever seen the movie called The Killing Fields.  A photographer that I served with is (fictionally depicted-by correct name and by semi historical facts) in the movie, played by John Malkovich.  His name is Al Rockoff.  Check him out on Wikipedia, a very interesting guy…he lives in Ft. Lauderdale now and spends about a half the year in Cambodia.  Last time I saw him, a few years ago, we went to Arlington together to shoot a the internment of 13 guys recovered and brought home…this was all about the Mayaguez Incident…the last action of the Vietnam war and the lost were the last names added to the the Vietnam Memorial.  See this link below for some stuff I shot, I consider this my last job shot as a member of the 221 Signal Company (SOUTH EAST PICTORIAL CENTER).  The amazing thing was I shot it with a point and shoot hand held camera…. TECHNOLOGY!

Peter,
You wrote to ignore it, but I'm curious as to what page you looking at when you wrote.  Both patches [MACV and AFVN] are on many of the main pages--sometimes reversed as to left and right.  Basically, I tried to follow what Bob Morecook did when he was  making the Geocities site--but I wasn't 100% slavish in doing so.
Are you coming to Raleigh?  I don't seem to have you on the "Where are we today?" list so I'm not sure how far away you might live.  (That was a second question/hint.) Jim W​

​Found this at the bottom of a photo storage box. My/The OIC's desk at Det 5 Quang Tri. Of note, the SSB radio in the background, field phone behind the chair and the KYA San Francisco bumper sticker on the wall.  I still have the camera bag. Photo was summer of '69.  Note the fine hard wood desk and the elegant window treatments along with the highly decorative ceiling motif. 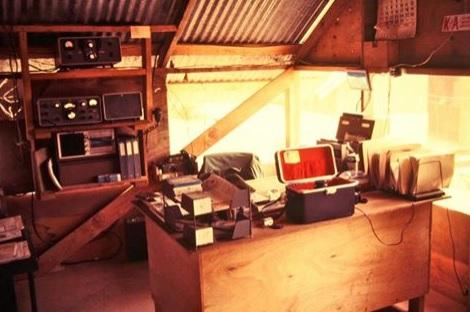 The AFN photo came to me following a “Care Package” I sent to AFN in Iraq  in the name of Det 5, AFVN.  They were nice enough to send photos of their air staff including a photo including the "group photo of Det 5 AFVN" that I included in the package of goodies to them. I googled the Captain’s name in the command photo and found this: (Click Here)  See page 15 of the magazine for the story on AFN. 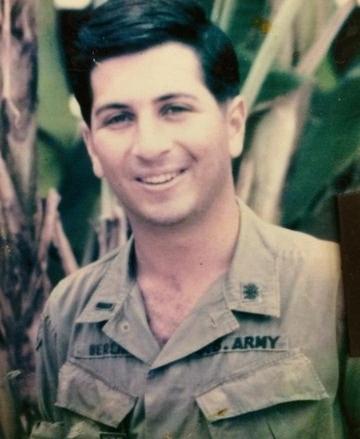 Just looked at the 1st Signal Brigade patch and see the resemblance.
Will add you to the "Where are We Today?" PDF.
With permission, I'll add the AFVN video to your Photos & Stories page.   And, if you would like it to be added, will do the same to the Combat Photo video,

A rather young and youthful Peter Berlin.  Perhaps taken shortly after he got to Vietam?

Story of Peter Berlin's involvement with the University of Miami radio station during his student days. 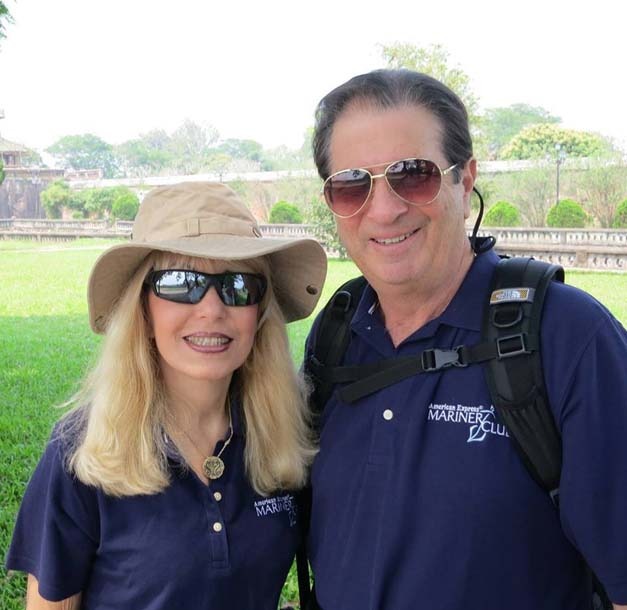 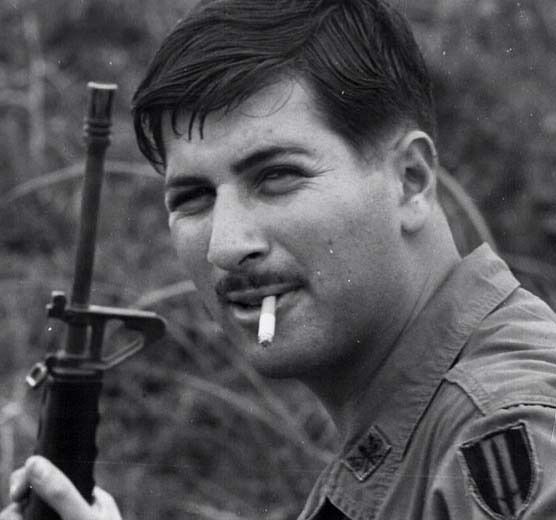