Date:  December 30, 2018
Subject:  Contact Form Submission
Bill (William) Blumel (from Parlin NJ) was drafted exactly when I (from Hyannis, MA) was in October 1969, and we went through Ft. Dix basic together and then did the 26 week Ft. Monmouth Fixed Station Transmitter Repair (32C20) Course together. We were both sent to Cholon, then AFVN HQ in Saigon in August 1970. Then I was sent to Hon Tre Is., then Dong Ba Thin in late August 1970. Bill went to AFVN Qui Nhon in Aug. 1970, and several months later joined me in Dong Ba Thin. For much of my year SSGT Bob Anderson (production) and I (tech) were the only full-time staff at DBT AM on 900 kHz. Bill also spent time at Hon Tre. We both were promoted to SP-5 while there.
Both Bill and I were sent to the same electronic maintenance shop at Ft. Huachuca after Nam and in spring 1972 we both left the army. We stayed in touch for several years, but I haven't heard from him since. 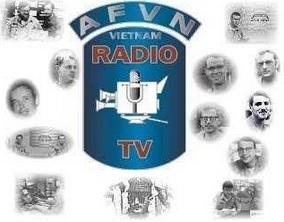