Since I've already embarrassed myself with an old radio picture,  I figure what the heck. 16 years old at my first radio gig,

KFSA Ft. Smith, Ar. The program director told me Bottoms was not a good air name and, influenced by the movie

Mary Poppins, he gave me the name Paul Poppins for two years. 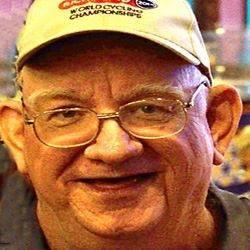 I have no record of Doug ever being with AFVN and he has also misnamed the station as "AAFR Saigon. 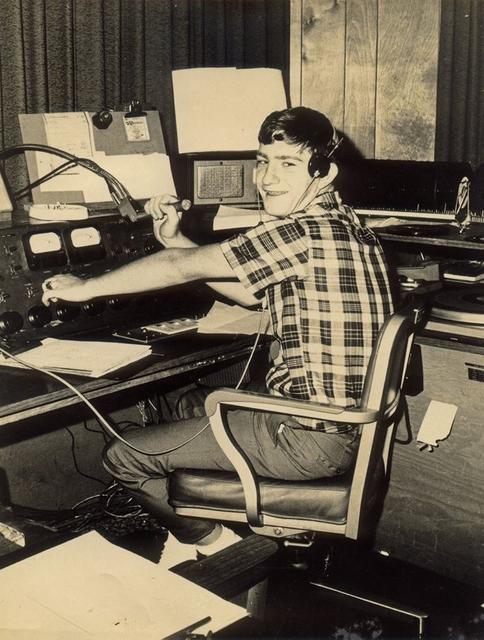 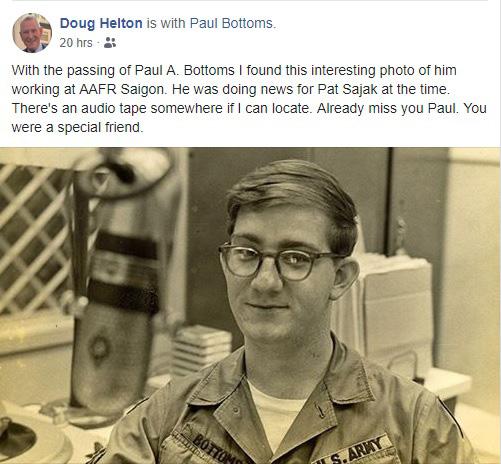