Thanks for your help in getting me on the AFVN roster.  Don’t know how to prove it, my DD214 does not list assignments, but I’ll give you the details.  Was drafted in 1970, was a SP4 in the Army in 1971 and was originally assigned to a psychological  unit in Plieku with a MOS of 84D20 audio specialist.  Requested transfer to AFVN citing my civilian experience in radio/TV which was granted around August 1971.  Spent a week in Saigon at the main AFVN site before I was assigned to the AFVN detachment in Da Nang on Monkey Mountain as a broadcast engineer, where I spent most of my time at the AM transmitter site on Red Beach at Camp Books.  Went on TDY to Chu Lai to help dismantle the equipment there.  I was granted an early school release and left AFVN in January. 1972.  Continued my career in TV at the NBC station in Phoenix, AZ until I retired in 2004. 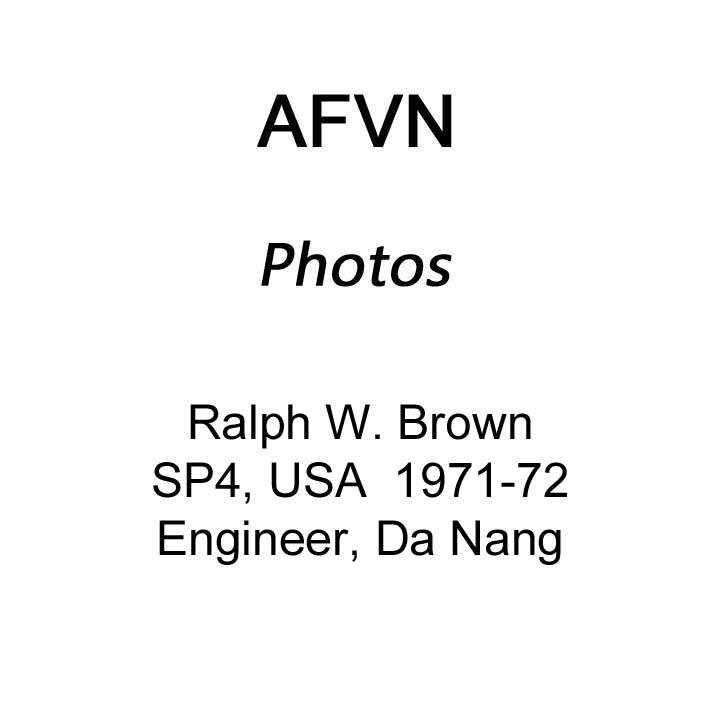 Please note that the PDF slide file will show in another tab or another window depend- ing upon which browser you are using and your browser's settings.  Because some of these slide shows are fairly large files, it may take a few seconds for them to appear.