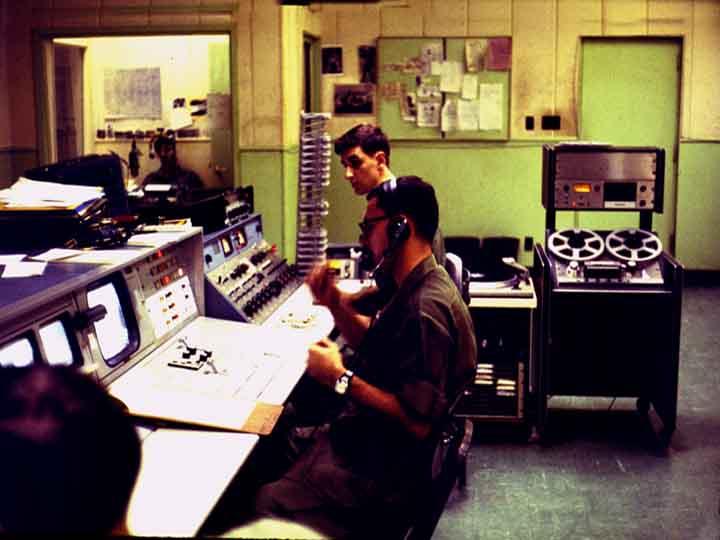 The same photo converted to b&w, but with little improvement.

Beginning from Page 30 (inclding the front and front inside covers)

there is an article about Rick Holen and his work with

The following is from an email message from Rick dated June 1, 2019.

I wasn't assigned to AFVN, but I did attend the reunion in INDY many years ago.  I did perform at AFVN and I have been working on a documentary about the Command Military Touring Shows that performed in the AFVN studio, many times.  And Star Search program.  I took a number of CMTS troops back to Vietnam in 2001 and Bill [Hunt] came with us.  He did a great interview at the AFVN studio, which at the time looked like it did in l969. I think it is now rebuilt to a new updated studio.

NB:   Harry Simmons took some photos and video of the old AFVN building in September 2015,

and it hadn't been updated as of that date.  Webmaster

The control room from a different angle. 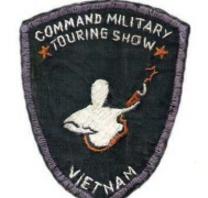 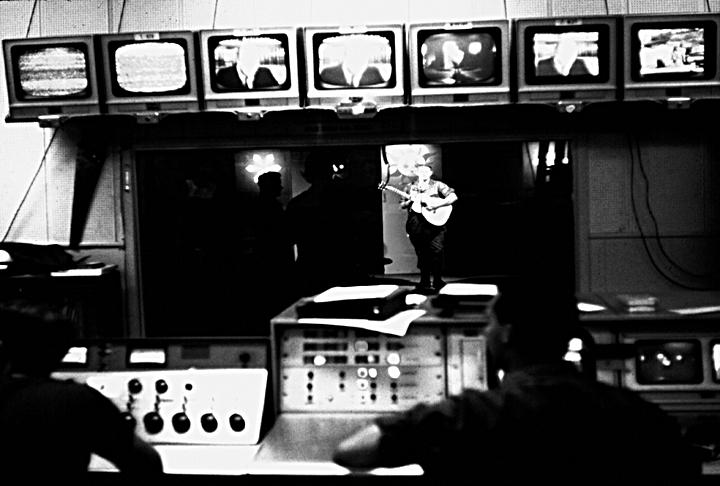 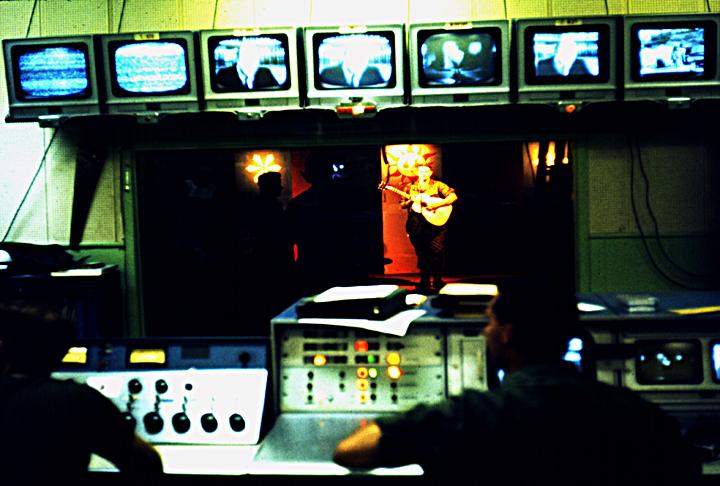