Do you want an anecdote about the incredible usefulness of AFVN?

When I arrived at Camp Eagle, the 101st's base camp near Hue, in October 1968, it was a sea of mud with tents and a few hooches plus the CG's trailer.  I was in the PIO and was to go out to the 2nd Brigade PIO at LZ Sally, but I had great publication skills--from civilian life, mostly, not DINFOS--and could write and type amazingly fast, so I was kept at Camp Eagle.  The word came down that the CG, Gen. Zais, would like a news summary at breakfast with his top staff, including sports scores.  Thus Airborne Dateline was born.
Of course, Dateline had to be produced overnight, so that cold, wet winter I became the night shift in the PIO tent, usually with a 1st Lt. to supervise and occasionally help, otherwise sleep.  Other than a brief operations report from G2 and a weather forecast from another office, where did I get the news?  AFVN Danang, of course!  On the hour I transcribed a lot very quickly but had difficulty getting all the scores, so another PIO was assigned as sports editor.
The one-sided mimeographed 8.5x11 with a circulation of maybe 20 soon grew into a multipage 8.5x14, typed and laboriously justified in columns, illustrated with purloined cartoons cut into the stencil, supplemented with features.  Circulation boomed to about a thousand, distributed all over the division.  The CG loved PIO, so PIO started asking for an AP teletype.
After four or five months I was moved to the day shift and worked on other division publications.  I went TDY to Tokyo twice for a few weeks to supervise printing at Dai Nippon.  Later I extended to get an early out and wangled a TDY assignment to Stars & Stripes' Saigon Bureau, though I spent most of my time in I Corps avoiding the 101st, to the PIO's chagrin.  I credit my work building Airborne Dateline with that subsequent career.
So 50 years on, thanks AFVN!
I saved only a few issues. As 8.5x14 doesn't fit my scanner, I snapped some photos of one issue and made a PDF, which I attach FYI so you can see how much I got from AFVN. 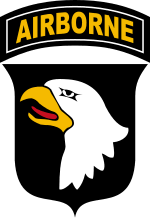 [Al was with the 101st Airborne Division at Camp Eagle

and the Stars & Stripes.  He made good use of AFVN.] 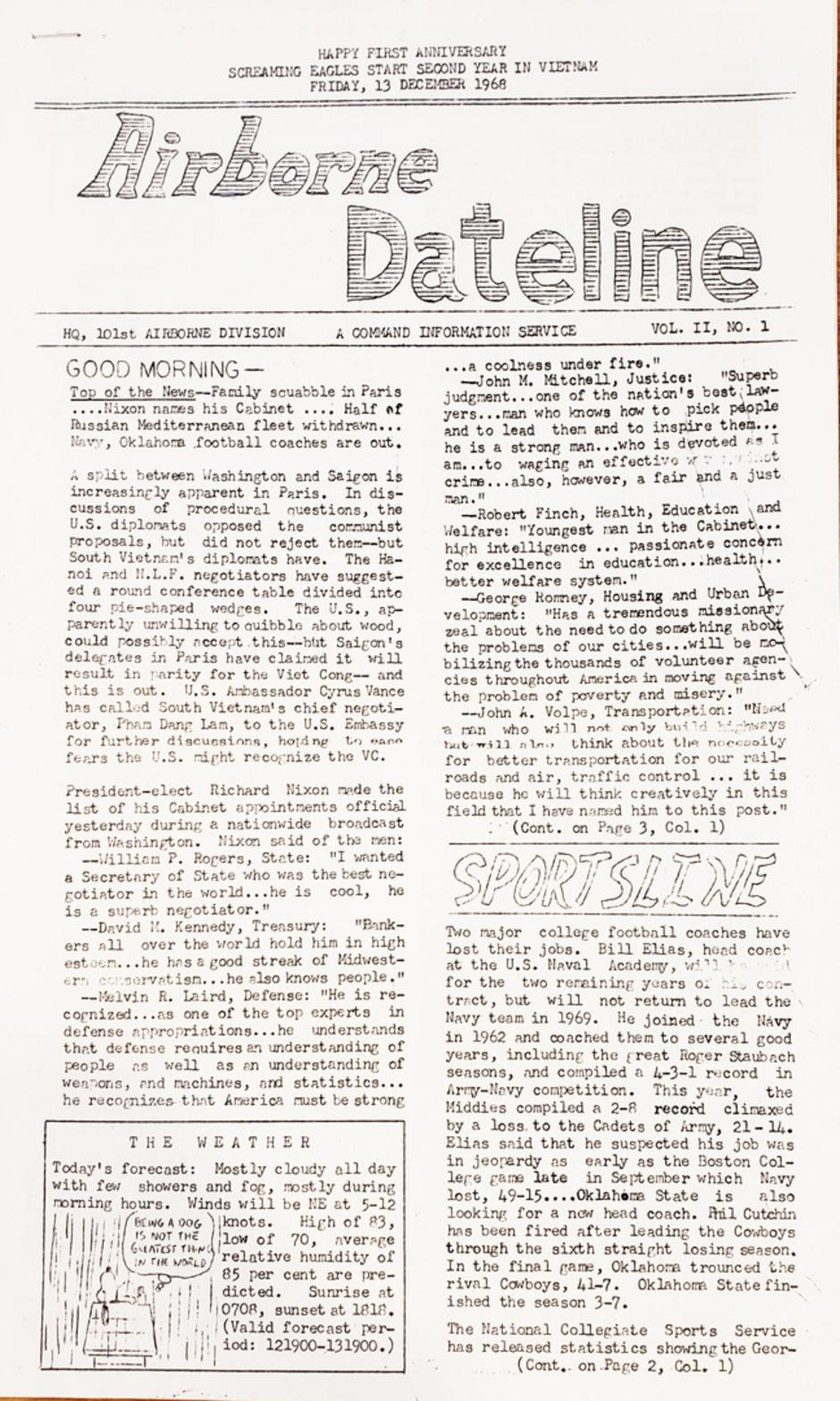