Rodger McKnight
Jim White,  didn’t realize you and I were in the land of the little people at the same time, I was one of the engineers on the mountain 70-71. May have talked on the KWM2 during the morning calls, only went to Saigon once after I went to DaNang, that was to process out to go home.  Spent my entire year TDY waiting for a permanent assignment.

​ A Facebook Conversation between Rodger McKnight and Jim White

"Someone told me this is what the station looked like in ‘72, guess it was closing by then."

ajim White, I  didn’t realize you and I were in the land of the little people at the same time, I was one of the engineers on the mountain 70-71.  May have talked on the KWM2 (side-band radio) during the morning calls.   Only went to Saigon once after I went to DaNang, that was to process out to go home.  Spent my entire year TDY waiting for a permanent assignment.

To  this, Jim replied:
Rodger:  Your comment about being on TDY an entire year.... All of the Army and Air Force people at AFVN were officiallly assigned to AFVN in Saigon.  As soon as they were assigned, the Admin section cut TDY orders permitting them to go anywhere in South Vietnam, valid for six months.  At that point another set of TDY orders were published for a second six months.  Therefore, everyone had a permaent assignent to AFVN in Saigon, but everyone in the detachments were TDY to their (sometimes more than one) detachment.  That made some things a little wierd. An example was that paychecks were received from MACV three days before payday and then the Admin Section had to divide them up by detachment and try to get them to the correct detachment by payday. (Will admit that sometimes we goofed and the "wrong detachment" had to send them on to the "right detachment".)  I held the checks for those in Saigon and then passed them out on payday.  We never had a formal "pay call," because of the many "working a shift people," they came to me when they had a chance.  Also many of those in Saigon, set up a direct deposit to the Chase Manhatten Bank.  There was a convient branch in the Plaza Hotel and some of the other BEQs/BOQs.  I can't say anything about the Navy and Marine personnel.  They had a separate system.

​
Rodger's next comment was:
I never did know exactly how I made my way to AFVN other than I asked the guy at the reception center where the station was broadcasting from.   I thought I could work on the transmitter equipment: 32C Fixed Station Transmitter Repairman.  He set me up for a bus ride to town to talk with whoever?   Went back for two more talks with other people and then was on my way to Da Nang.  I spent several weeks at the reception center and managed to see my cousin in Bear Cat a few times like I was some kind of a tourist or something.  I do remember the blanket travel orders because I used them when I would take trips to Chu Lai after the station went remote.
Question: I came home for Christmas Dec. 70, was that something special I happened into or was that common.  I do remember asking Captain Adams , and he just asked if I was coming back?
Don’t remember paying anything to get home but it came out of my pocket to get back, bazaar flights all the way back.

Rodger: You might have gotten Space-A from Vietnam back to the states at Christmas.  Going back at Christmas was not all that unusual, plus some people reenlisted, which gave them a 30-day leave to anywhere in the world.  I have no evidence that you did that.

[The following photos were received after the slide show had been completed.  Webmaster] 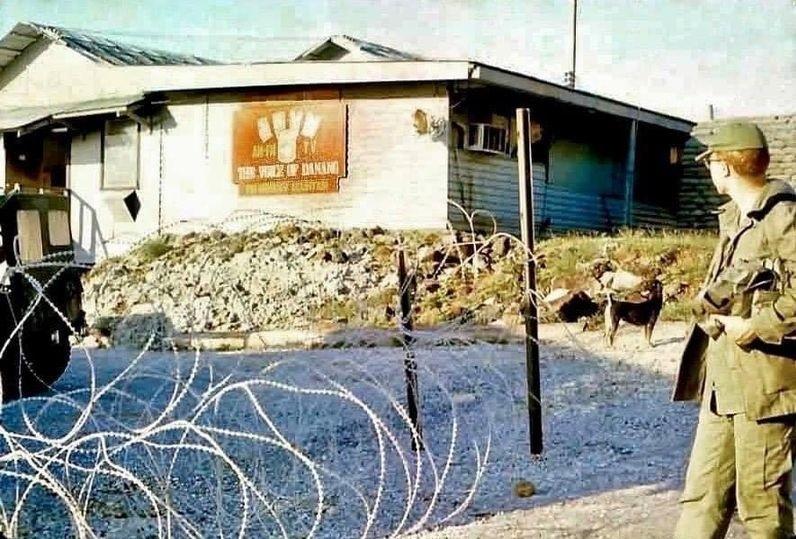 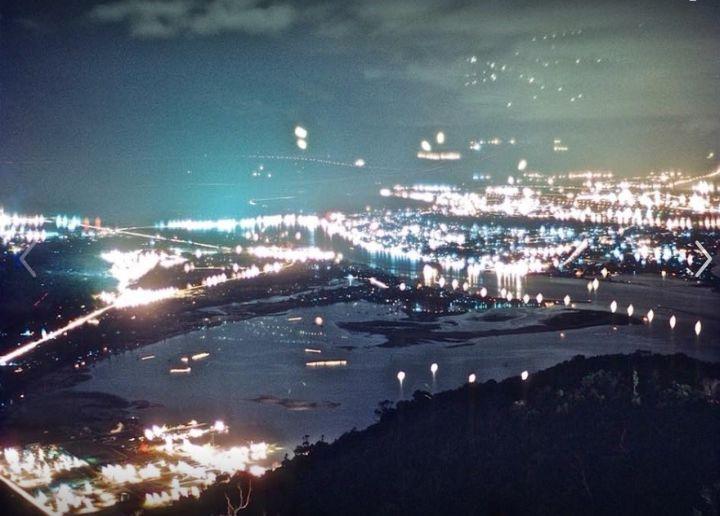 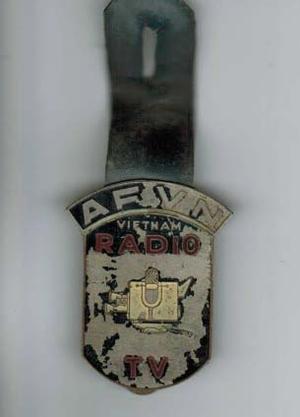 A recent photo of Rodger McKnight and his wife.

Another view of Da Nang after it was completely dark. 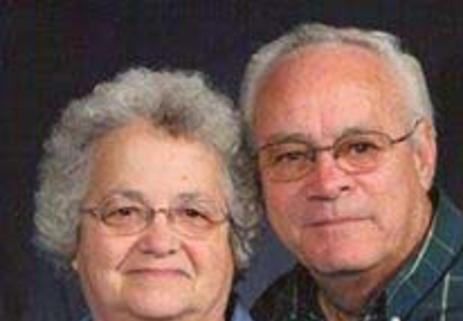 Thanks for your help in getting me on the AFVN roster.  Don’t know how to prove it, my DD214 does not list assignments, but I’ll give you the details.  Was drafted in 1970, was a SP4 in the Army in 1971 and was originally assigned to a psychological  unit in Plieku with a MOS of 84D20 Audio Specialist.  Requested transfer to AFVN citing my civilian experience in radio/TV which was granted around August 1971.  Spent a week in Saigon at the main AFVN site before I was assigned to the AFVN detachment in Da Nang on Monkey Mountain as a broadcast engineer, where I spent most of my time at the AM transmitter site on Red Beach at Camp Books.  Went on TDY to Chu Lai to help dismantle the equipment there.  I was granted an early school release and left AFVN in January. 1972.  Continued my career in TV at the NBC station in Phoenix, AZ until I retired in 2004. 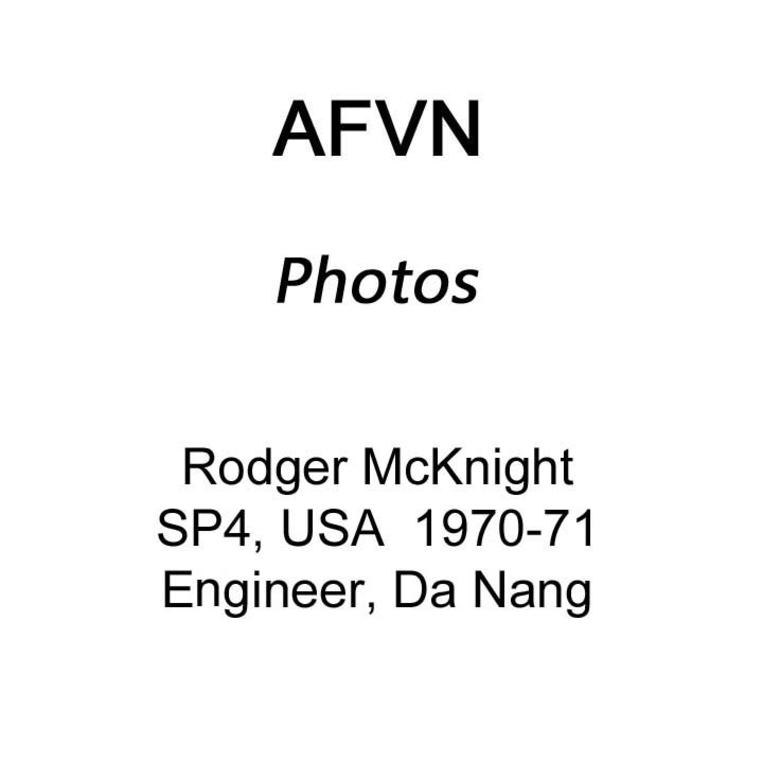