Nancy has recently published a book about her experiences

in Vietnam and later. 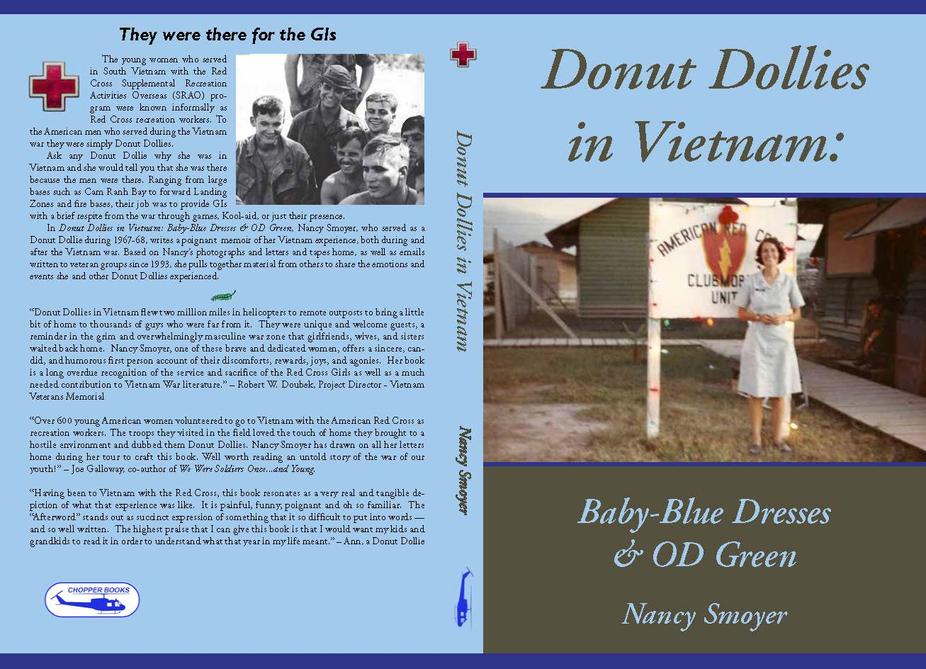 Nancy has written a memoir about her year in Vietnam as a Red Cross recreation worker, aka Donut Dollie, and the aftermath titled “Donut Dollies in Vietnam: Baby-Blue Dresses and OD Green.”  During her tour in 1967-68, she was stationed at An Khe with the 1st Cav, Da Nang with the Marines, and Cu Chi with the 25th Infantry Division.  The book is based on her photographs and letters and tapes home, as well as emails written to veteran groups since 1993 and material from other Donut Dollies.  Although this is a personal account, much of the book tells the story of what they did and the unusual conditions of being a woman surrounded by men in Vietnam.
The sections about the aftermath include her work at a Stateside hospital, her return to Vietnam in 1993, volunteering at the Vietnam Veterans Memorial, and other activities.  In addition, there is a section about her brother who was killed after she got back and its ongoing effect on her and others.
The cost is $15 and the proceeds will go to the Semper Fi Fund, an A+ rated organization that helps injured service members and their families.  It can be ordered as follows: https://www.createspace.com/7079785  or at Amazon.com.  (The proceeds for the Semper Fi Fund are greater at CreateSpace.)