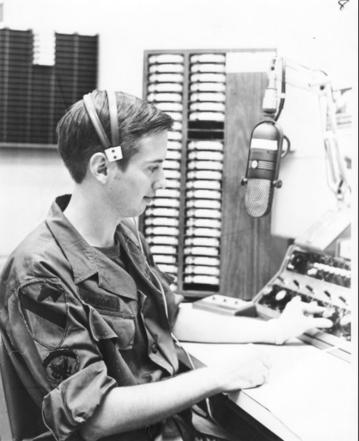 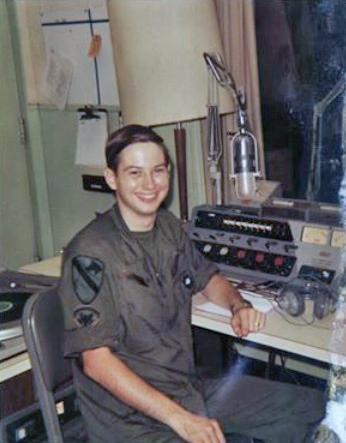 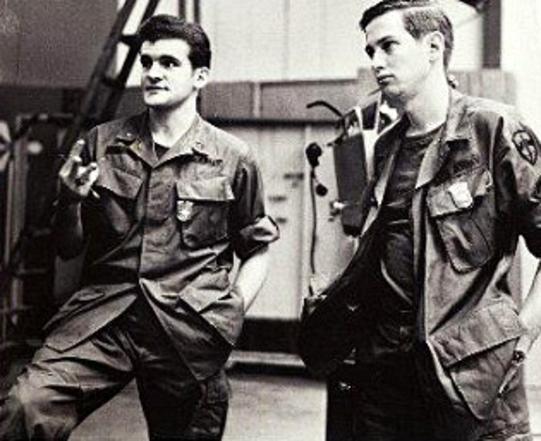 ​The identification of the person on the left as Paul Magers is rather doubtful.   The Webmasters did find a Paul Magers

was with AFVN in 1970.  I don't think the military was to the point of "robbing the cradle" at that time.

​Therefore I have not added Paul to the AFVN Roster.  Webmaster

Somewhat doubtful, however, becauase Adrian Cronauer who started the tradition was with AFVN in 1965-66 before AFVN

had moved to the new headquarters and Tom was with AFVN in 1969-70, well after the move had been completed.  Webmaster

Acompanying Legend is "Tommy.Jimmy".... On the Air in Vietnam on AFVN Saigon in 1969"

"The Original Studio & Home of 'Good Morning, Vietnam' which later was done by

Again, a rather doubtful legend for the same reason as above--

plus the two photos don't appear to show the same studio.   Webmaster