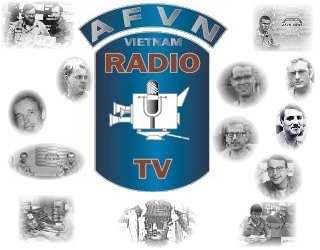 The following is from an email message from Bill dated May 29, 2019.

My name is W.M. Hunt - William M. - Bill, and I was stationed at AFVN Headquarters in Saigon from June 1970 - June 1971.  I was Spec 4 when I finished.  I was the office of Traffic and Continuity and had a classical music show on FM at night.   I say I was the office because when I started we were a Navy Lieutenant, a Marine Gunnery Sergeant, a Vietnamese Secretary - Miss Zeng - who married an American and moved to the States, then 3 or so non-commissioned fellows (Army, Air Force, etc).  After I had been there about two or three months, there was a big blowup about censorship and suddenly everyone got shipped out.  There were two of us left who managed to convince the commanding officer that if he would leave us alone we could handle the jobs.  It was very very crazy.

I have lived in New York City for the most part since leaving the military as an actor then art dealer.  I actually I revisited Saigon - Ho Chi Minh City - several years ago and returned to the station.  There is some documentary footage of my visit that Rick Holen <rickholen@yahoo.com> assembled for a film on Special Services.  Rick told me about the reunion n Minneapolis.

Good luck with the reunion.  Talk to Rick Holen, maybe he would show our return to Saigon....Then I might come.

Photos and Stories - A to M
AFVN Home
View on Mobile