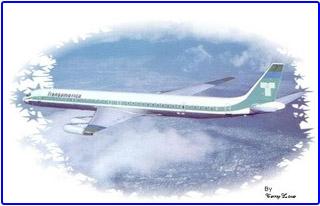 [The following comments are from a message received with the link.]

Those of us in country in 1969 will remember this incident well.  This DC-8 charter was cleared to land at Da Nang International at night.  The crew misidentified Marble Mountain Army Airfield, which is way too short for large aircraft, as Da Nang.  Getting that loaded slug down and stopped at night must have made that pilots' seat cushions disappear forever!!  All recommendations were to disassemble the aircraft and ship it home but as you see this behemoth got off the ground in 2800 feet with very little fuel aboard and landed at Da Nang International a few scant miles away.

This from a guy that worked at Trans International Airlines.  Names have been removed.  My sister is the little blonde flight attendant in this Super 8MM footage shot by a GI in 1969.  This event is pretty well known history among the "Non Sked" flight crews flying the MAC charters in and out of Viet Nam but I had no idea it had been filmed.  Marcia found it recently.

What's interesting is, once Seaboard World Flight Operations got the word on what happened, they contacted Douglas Aircraft Corp for advice.  Douglas said "take it apart and ship it home".  The FAA said the same thing.  You can see from this footage how the flight crew handled the matter.  Enjoy a little history. 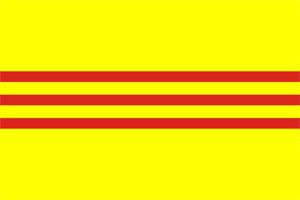