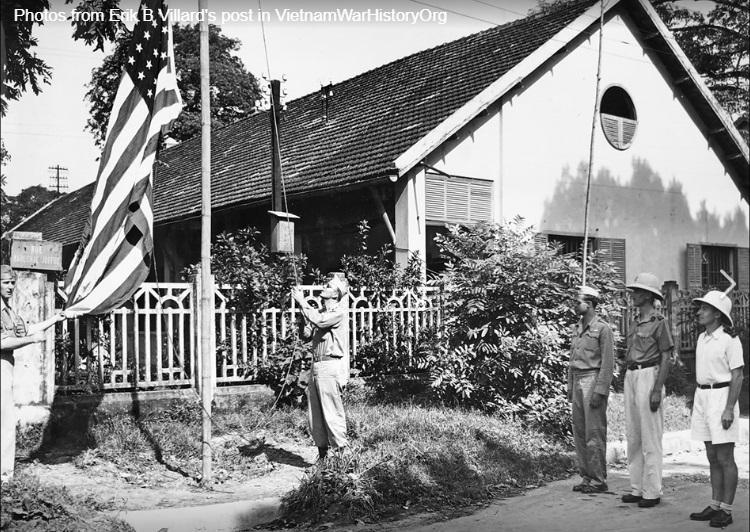 Understanding a Veteran with PTSD

Contains potentially useful information for dealing with those with PTSD.

What happens when an American soldier is assigned as a Military Adviser in Vietnam?

on this vital and dangerous mission in defense of the free world.

Received from Mike McNally in January 2016

At 445 pages, only for the ambitious of readers.

However Bob Morecook wrote "This is good reading."

The soldiers who photographed the Vietnam War.

[Submitted by Rick Fredericksen in March 2016.  According to Rick, Peter Berlin was with this unit.]

--Some comments related to the above film--

Hard to listen to considering the future events.

ndeed it was.  I was impressed with its professionalism though and the way it showed the captain doing well but learning from mistakes too It was far more creative that most army training films I have seen best wishes

I believe that army advisor experiences were very different for each person with that duty assignment.  After my Armed Forces Radio tour of duty in 1965, I returned to Vietnam in 1970-71 as an airborne infantry officer and advisor to the 1st ARVN Division Recon Company. The company commander was a loser but had his command because the division Commanding General was his brother-in- law.  He was REMF minded, rarely went to the field, and left most operational duties up to the XO.  The XO was a completely different type who aggressively sought the enemy and good recon intelligence.  So in order to be effective, my American NCO and I spent most of our time in the bush with the XO and the recon teams.  However, by the time I  wrapped up my second tour, I was disappointed with the lack of purpose of South Vietnam's government and army, combined with  the ineptness and American bureaucracy we had created,  The Vietnamese seemed to have no idea what they were fighting for and Americans had given up on the idea of winning as a strategy. Just my experience.

At AFVN many of us were given assignments to show "Vietnamization" was wonderful and working.  Mine was to the Air Force Academy at Nha Trang.

The brass did not care to hear any comments of failures, but one had only to talk with advisors to see things were going down the toilet in a hurry.  The only real combat units were the ARVN Marines.  Sadly, with Nixon gone, the new "leaders" in Washington did nothing, despite intel reports of the North not honoring the Paris "Peace" accord and were steadily pursuing a winning strategy after our pullout.  I have several Vietnamese neighbors and relatives.  One neighbor escaped from a "reeducation" camp where the education was to clear the forest using bare hands - no tools provided.

Question:  Was it on this site someone reported about LBJ blowing his stack at the military commanders who said the winning strategy for us was aerial and naval bombardment, but he wanted troops on the ground?  I wish I still had that report. It would make a remarkable movie or TV show.  Who remembers that after Korea, it was "promised" there would never again be American ground troops committed to a war in Asia?

You have to remember, Frank, that in Washington circles the word "never" means "in the next five minutes."

From the Garnett "Bill" Bell Collection at the Texas Tech Vietnam Archive.

SP7 Bill Bell, USA, worked as an interpreter/translator for the FPJMT.

This FPJMT history gives an account of events from the Peace Accord in 1973 until the Fall of Saigon on 30 April 1975.

Bill Bell lost his wife and son in the C5-A Babylift crash on 4 April 1975.  He took his seriously injured daughter back

to the States, then he returned to Saigon.  He was evacuated from the American Embassy on the morning of 30 April 1975. [Received from Mike McNally, April 2014]

This is a collection of Fire Bases, Army, Naval, Marine and Air Force facilities.

It is supposed to include four different maps but I can't find all of them.  Webmaster]

U.S. Girls May Go-Go to Saigon

Hopefully, Matt Dillon would have been at the door to

collect weapons, but I don't think it ever happened.

It also has links to a list of various Naval Activities in Vietnam,

to include information on the Mobile Riverine Forces in Vietnam.

U.S. POW Remains in Vietnam -- Flying Them Out of Hanoi

"This was forwarded from a friend who was a C-130 pilot for almost 30 years, including service in Vietnam,

who retired as a Colonel and now lives in the mountains west of Colorado Springs, Colorado.

He received the email from another C-130 pilot friend.

Ithought I'd share it with you so history may be set a little straighter. Larry"

[Submiited by Dick Ellis who received it from a Vietnam Veteran friend in South Carolina.]

The following links are all related to the return of U.S. POWs in 1973.

Gia Lam is a North Vietnamese Military Airport in the Hanoi area.  Loc Ninh was once a

Green Beret Camp which was overrun by the Viet Cong.

Story and photos on "Homecoming at Loc Ninh" from Airman Magazine, June 1973

Link to MIA Facts Site on the Gia Lam Warehouse and Airport.

Describes some aspects of the situation in Saigon shortly after TET.

the restaurant at the International House on Nguyen Hue (if Mike's memory is OK).