About 1/3rd of the way down is a summary of how the name has changed over the years.

Be sure to click on the "For More: AFN'S RICH HISTORY" button.

AFN in Europe, A Short History - Democracy on a Dial

AFN was radio at its best.

[Posted by the National WWII Museum.]

The full text of "the History of AFRTS: The First 50 years

AFVN - Meaningful to the GIs and the Vietnamese

This goes to a link to an article in the Chicago Tribune by Jerry Davich dated February 9, 2020, about

George Dzyacky and his friend Yung Nguyen, who he knew in Vietnam in 1968, going back to Vietnam.

It also includes some photos related to Vietnam taken in 1968.

in celebration of the 75th Anniversary of the American Forces Network.

This link goes to a web page maintained by American Forces Network, Pacific.

This is a short, undated history of AFN starting with the establishment of the Armed

ForcesRadio Service in 1942 and continuing until sometime in the late 1970's.

This link goes to a short article in Radio World.

The video is somewhat dated but the text appears to be up to date.

See page 5 for information on the dates and detachments involved.

Also go here for information on who is qualified to wear this decoration.

the U.S. Military Assistance Command,  and its subordinate units (to include AFVN) to all

The decoration can be ordered from US Military Medals.com.

I thought you'd enjoy this.  I got this from a retired Marine Gunny I know.

"I remember it was August of 1970. My squad of Marines and I were on Patrol during monsoon rain.
I had a, small transistor radio attached to the top of my backpack covered with a small plastic bag.
The rain was pouring pretty heavily. That when the song "War" by the Temptations and a song by Edwin Starr came on.
I cranked up the radio and the squad and I boogied across that rice paddy like a bunch of insane lunatics.

Thank God for those Armed Forces Radio Jocks. They brought a piece of home to us now and then.

Another Good Morning from Vietnam

AFRTS By the Year

An unofficial list showing ARFTS and music over the years.

​AFVN newsman Phil Henry (SP5, USA, 1970) "stars" in this song from recording artist Kimo Williams and his big band, Kimotion.  With permission, the cut is from William's War Stories album.  A Vietnam Vet himself, Kimo founded the "Lt. Dan Band" with Gary Sinise (who played "Lt. Dan" in the movie, "Forrest Gump"), and even recorded a program in the AFVN studios in 1970 when he toured across Vietnam with his Army band, the "Soul Coordinators."  The song "Bleath" opens with a familiar AFVN sound logo, and

Kimo Williams is featured an article by Rick Fredericksen in the April 2014 issue of Vietnam Magazine,

which is available by subscription though this link as well as is sold at various bookstores.

(While it may be withdrawn at a future date, as of September 29, 2014, Vietnam Magazine was being offered in

Or, you may go directly to the article at Kimo Williams by Rick Fredericksen (above).

Blogs are written by Dan Slentz

Dan was with the European Broadcast Squadron (EBS), HQ Ramstein, Germany and with

Broadcasting During the Vietnam Era

February 2011 at the Virginia War Memorial in Richmond, VA.

Videos from a panel discussion with Adrian Cronauer, Paul Bottoms, both of AFVN,

and Tony Booth who was AFKN.

Story of the South Vietnam Air Force Pilot who Escaped just before the Fall of Saigon.

Chickenman (The Best of)

As Officer-in-Charge of the Armed Forces Radio and Television Service in Los Angeles,

A short article on the 50th Anniversary of the DINFOS.

Included here because so many AFVN'ers passed through its doors.

Was there anything funny about the Vietnam War?   Robin Williams thought so.

Posted with permission of Vietnam Magazine. 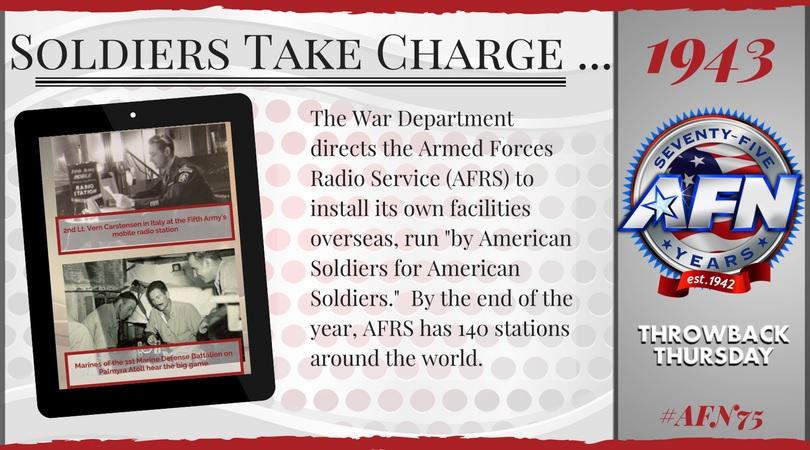 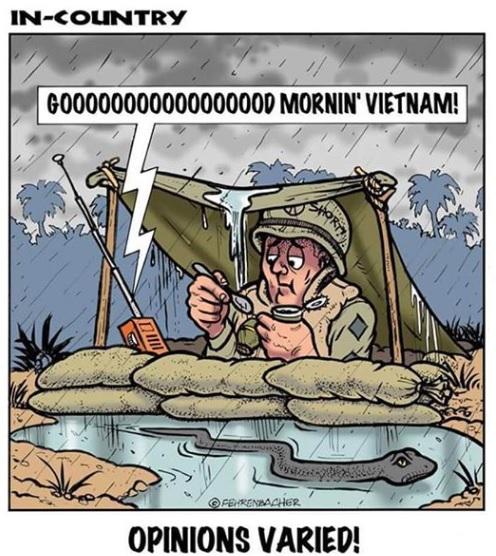