Seriously, what is it about these cheap pieces of unit “swag” that makes them so coveted. I mean, sure, back when those coins could get you free drinks, it made some sense. But now? It’s the military version of crappy tourist trinkets. Anyone who wants to remember the unit instead of their squad mates was clearly doing the whole “deployment” thing wrong. And challenge coins don’t help you remember your squad; selfies while drunk in the barracks or photos of the whole platoon making stupid faces while pointing their weapons in the air do.

5. You don’t understand why everyone makes such a big deal about MREs (just go to TGI Fridays if you’re tired of them!)

More than once I’ve heard POGs say that MREs aren’t that bad and you can always go to the DFAC or Green Beans or, according to one POG on Kandahar Air Field, down to TGI Friday’s when you’re tired of MREs. And I’m going to need those people to check their POG privilege. Look, not every base can get an American restaurant. Not every base has a DFAC. A few bases couldn’t even get regular mermite deliveries. Those soldiers, unfortunately, were restricted to MREs and their big brother, UGRs (Unitized Group Rations), both of which have limited, repetitive menus and are not great for one meal, let alone meals for a year. So please, send care packages.

4. You think of jet engines as those things that interrupt your sleep

Afterburners lit while an F-22 of the 95th Fighter Squadron takes off from Tyndall AFB. (Photo from USAF)

I know, it’s super annoying when you’re settling into a warm bed on one of the airfields and, just as you drift off, an ear-splitting roar announces that a jet is taking off, filling your belly with adrenaline and guaranteeing that you’ll be awake another hour. But please remember that those jets are headed to help troops in contact who won’t be getting any sleep until their enemies retreat or are rooted out. A fast, low flyover by a loud jet sometimes gets the job done, and a JDAM strike usually does. So let the jets fly and invest in a white noise machine. The multiple 120-volt outlets in your room aren’t just for show. 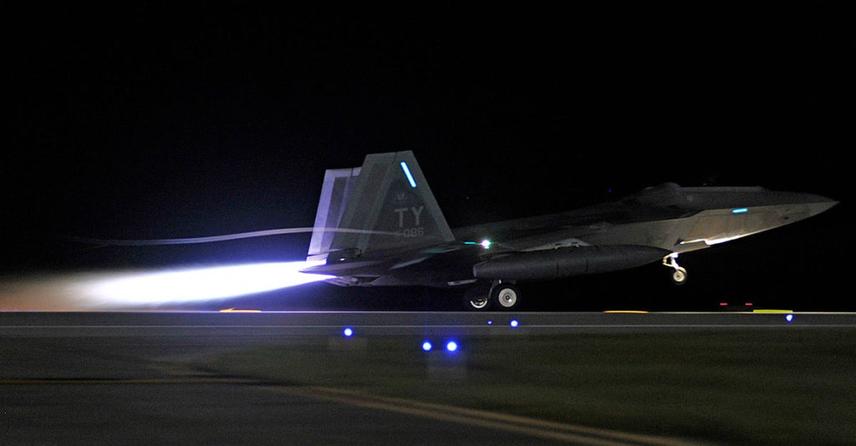 I didn't know it either, but my browser came back with "POG" = "People Other (than) Grunts." I graduated from Clerk-Typist School in 1953 and we were know as "Remington Raiders."  The "Remington" cames from the typewriter manufacturer and the "Raiders" from the US Army Raiders of World War Two.  Don't know how they became "rangers.

Pretty obvious. POGs spend hours per day in office chairs, protecting their boots from any serious work, while infantryman are more likely to be laying out equipment in the motor pool, marching, or conducting field problems, all of which get their boots covered in grease and mud while wearing out the soles and seams.

2. You still handle your rifle like it’s a dead fish or a live snake

I didn't know it either, but my browser came back with "POG" = "People Other (than) Grunts." I graduated from Clerk-Typist School in 1953 and we were know as "Remington Raiders."  The "Remington" came from the typewriter manufacturer and the "Raiders" from the US Army Raiders of World War Two.  Don't know how they became "rangers. 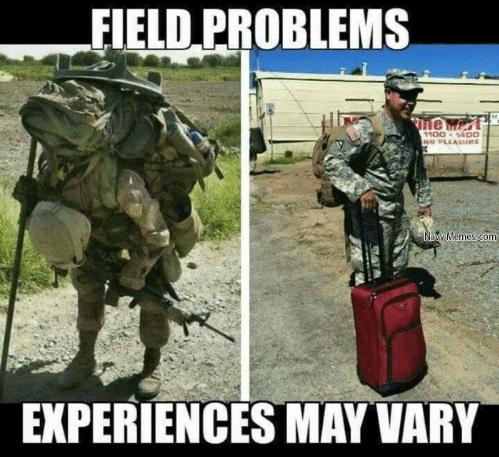 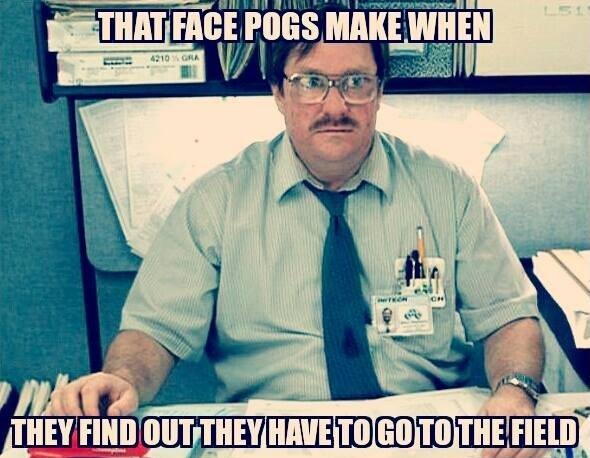 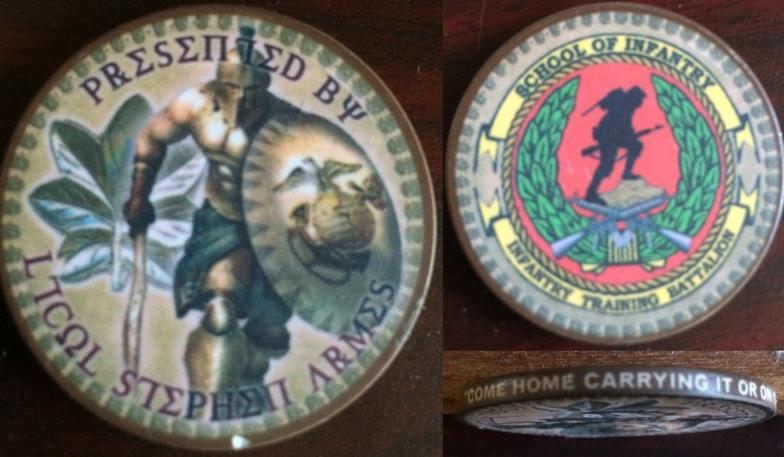 Hey Chief... Please tell me what a POG is.... I have heard of a "desk jockey" and a  "REMF". and a "Saigon Warrior".  "Remington Ranger".....but my outstanding military service was too long ago to know POG!! 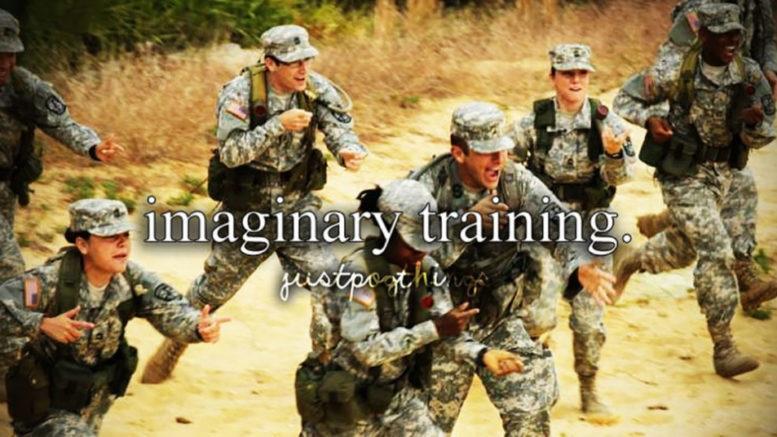 There are some semi-famous photos of this phenomenon that show support soldiers laughing in frustration as they try to roll wheeled bags across the crushed gravel and thick mud of Kandahar and other major bases. This is a uniquely POG problem, as any infantryman -- and most support soldiers worth their salt -- know that they’re going to be on unforgiving terrain and that they’ll need their hands free to use their weapon while carrying weight at some point. Both of those factors make rolling bags a ridiculous choice. 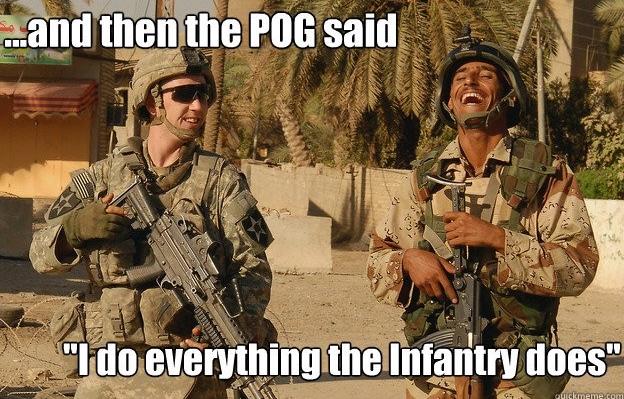 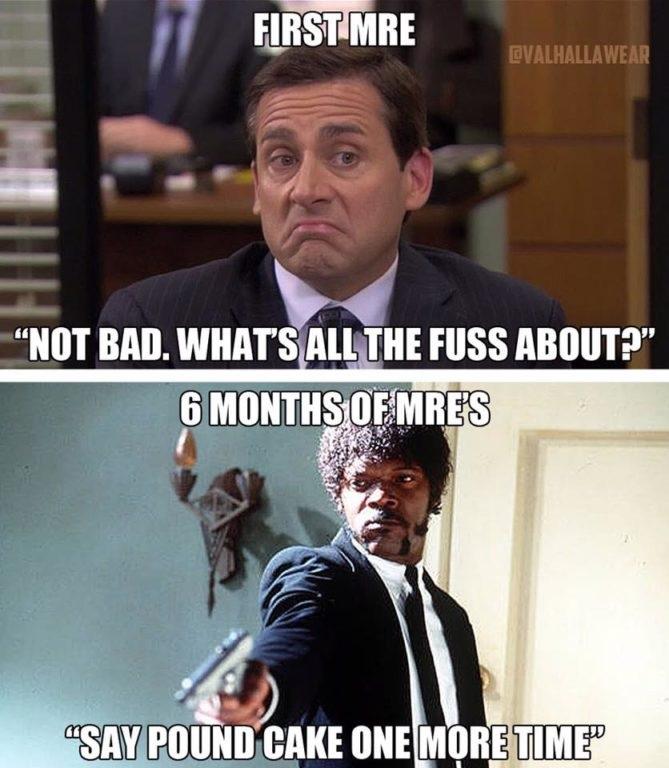 Posted By: Under the Radar July 7, 2017
BY LOGAN NYE -- WEARETHEMIGHTY.COM
Look, not everyone can be a hardcore, red-blooded meat eater. Someone has to man the phones at the big bases and that’s just the job for you. You’re a vital part of the American war machine, and you should be proud of yourself. But there are some things you’re doing that open you up to a bit of ridicule. Sure, not everyone is going to be a combat arms bubba, embracing the suck and praying they’ll get stomped on by the Army just one more time today. But some of us POGs are taking our personal comfort a little too far and failing to properly embrace the Army lifestyle. Here are seven signs that you’re not only a POG but a super POG:

7. You’re more likely to bring your “luggage” than a duffel bag and rucksack