Related to Vietnam - U 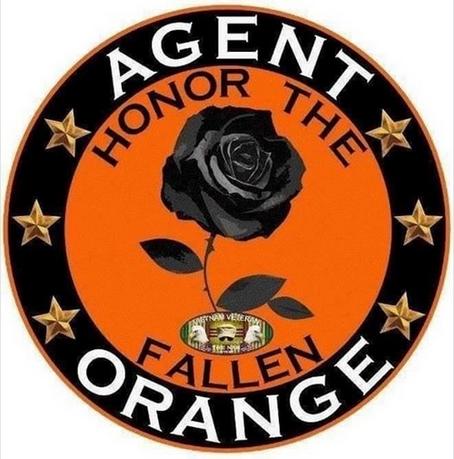 Related to Vietnam - V to Z

Agent Orange Affecting Children and Grandchildren of Vietnam Vets
This may give you some idea of how bad this may be for your children and grandchildren.
[Received from Mike Jackson in May 2016.]

A well done, detailed 40-minute documentary by Community Voice Channel  on herbicide use in Vietnam, with a lot of archival footage.  The video features not only our experience in Vietnam; but, also talks about the C123K aircrews and the Blue Water Navy veterans.  Very well done, courtesy of Gerry Wright, VVA Chapter 120, Connecticut.

Agent Orange (and other Herbicides)

Dates and Locations of Sprayings

An Annual Newsletter devoted to Information related to Agent Orange

Story of a crippled boy being adopted and taken to the U.S.

gotten rides on some of them.

Take a look to see how things have changed since the days of AFVN.

(An) American Child in Vietnam

An article from the New York Times written by Margaret Childs Westmoreland, the daughter of

MACV Commander General Westmoreland.  She spent a year with her parents and siblings in 1964-1965

and writes about some of her experiences during that time.

covering the period from the start of the Vietnam War to date.

[Received from Mike McNally in December 2016.]

Americans Remaining in Vietnam after April 1975

This is a group of five PDF files from Frederick Guiden (possibly copied from Facebook) .

Fred was one of those left behind but was evidently able to leave on July 9, 1976.

Americans (and selected Others) Known to be Still in VIetnam as of October 16, 1975

Americans Known to be Still in Vietnam as of December 10, 1975

Alpha[betical] Listing of Personnel No???????   System

(Part of the title is obscured.)

After the departure of the French in 1954, the villa was acquired by the American government and became home to the

to the French and subsequently to the Republic of Vi?t Nam. Because of its high profile, the villa was one of three US

installations in the city targeted by the National Liberation Front on 22 October 1957.

A concise summary of participants, deaths, injuries, etc. of all of America's wars since the Revolution.

Prepared by the Department of Veterans Affairs, May 2013.

This includes some comments by Bob Nelson who was with the 1st Air Cav as well as a video clip of the airfield.

The U.S. Navy and the Vietnam War

Australia and the Vietnam War

This covers many aspects related to Australia's involvement in the Vietnam War.

Vietnam Veterans Memorial Walk and Memorial Wall at Seymour in Victoria is an edifice Dedicated to those who served in most probably the most divisive war the Australian people and military have been involved in. At last after many years of critical comment about our Vietnam Veterans, in the twilight years of most ; a recognition that will stand and a thank you that means something without political platitudes.

Robert McNight  1Lt, USA  An Iowa soldier took along a small tape recorder for his tour of duty in Vietnam and sent tapes home to his family in Burlington, Iowa.   We witness the Vietnam War through the voice recordings  of Lt. Robert McKnight.   You can hear AFVN in the background at times.   The 1968 3-inch reels are held by the State Historical Society of Iowa.

Here are two videos with slides of Avionic Electronic Central in Phu Loi,  about 30 miles northwest of Saigon.