Map of the Vietnam War (Interactive)
A map showing location of units during the Vietnam War.
The map may be enlarged for greater detail and includes lists of units and locations in Vietnam.
[Taken from Facebook September 2018]

Mark Jury -- War Photographer
Part 1  (Experiences in Vietnam - 5:31)      Part 2   (Problems with PTSD - 6:59)
Vietnam veteran Mark Jury’s career as a photojournalist began with a tour of duty in Vietnam in 1969-70 and the
volume he published in 1972, The Vietnam Photo Book. He did two other very personal photo books along with
a trio of films, including the cult classic Dances Sacred and Profane. And he’s written several pieces for
The VVA Veteran, most recently on fellow photographer John Olsen.
[Taken from Vietnam Veterans of American Weekly for September 6, 2019 by Jim White.]

Marines -- The Last Two Killed during the Vietnam War

Dick commented "This is true....my brother was one of them."

The story behind McNamara's Morons, Vietnam War's Cruel Experiment.
Dick commented "This is true....my brother was one of them."

​Ken Kalish replied: "I think, Dickie, that all of us were, in one way or another, McNamara’s morons.

Those of us who went there, voluntarily or just assigned by detailers, were home-grown mushrooms.

Truman and Ike both could have pointed the bow of that scow in a different direction, but chose not to do so.

The French were there on behalf of Michelin, and we didn’t find out until much later the real reasons for our own participation."

A further comment by Dick Ellis:  "Repeat again in Afghanistan, Syria, Iran, Iraq.....When do we learn?"

McNamara's Folly: The Use of Low-IQ Troops in the Vietnam War 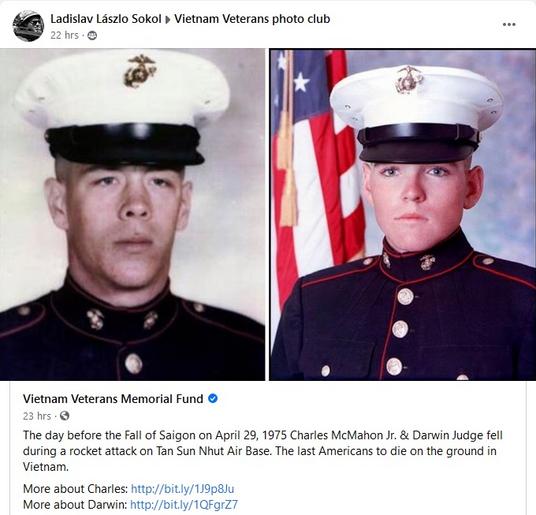 ​​​K Troop, 11th Armored Cavalry Regiment
Bob Hersey, who was this unit from April 1968 to April 1969, has a Web page dedicated to K Troop.
It has a number of links to photos, letters home, audio letters home, etc.
Some of them appear to broken but the others might  be interesting.
[Note: Taken from the old Geocities site.]

Life in Vietnam -- Weekly News Magazine
Dated September 24, 1966
A rather strange magazine with a mixture of stories from the front, information on
tourist attractions, bars, etc., and a guide to living in Saigon. Note:
Some of the pages are missing.  The next to last page is numbered "74" but there are only 61 pages in this file.
I don't know if some of the pages are missing on purpose or what.
This is all that is available but it is rather interesting reading.  [Webmaster]

Looking for Her Father's Shop
September 2013
Correspondence with a Vietnamese Women who had come to the US in 1968 at age 10
and she was trying to determine the location of her father's shop on Google.

MAAG-Vetnam Headquarters Building to be Demolished    Being Demolished
606 Tran Hung Dao to be replaced by a new tower block.
[From Mike McNally on November 11, 2015    From Facebook, August 2018.]

MACV Closes
An Associated Press story on the closing of MACV on March 29th, 1973. There is also a story
about the closing of US Army Vietnam on March 15th 1973 which includes a bit about the
proverbial "Will the last man to leave please turn off the light."

MACV/DAO Facilities - Maps
The first of these two graphics show the MACV compound as of 1970 while the second one shows the
Defense Attache compound at of early 1975.  Unfortunately the scans are a little too small to be easily read.

MACV/DAO Facilities - Under Construction
Here are five aerial photos of the compound both during construction and following completion.  Click here.
And here are nine photos taken in December 1966 by SP5 James I. Hattori, USA Special Photo Det, Pacific.  Click here.
The first building constructed in the compound was the double warehouse in the northwest corner.
You can see that building in the far background on page 7 of the PDF.

An aerial view of the newly completed facility in 1967.  The view is looking southeast.  Click here.
You can see the double warehouse building in the foreground.
The two Marines, Darwin Judge and Charles McMahon, who were killed by the rocket attack about 0400 on
29 April 1975, were standing just outside the MACV/DAO fence, northwest corner, seen in the foreground of this photo.
[Submitted by Mike McNally.]

MACV-OI Press Release for July 18,1965  (9 pages)
Some of the photos that went with the above press release
This links go to a press release issued by MACV-OI.
Some of it is difficult to read but that is because of the original method of printing (very out-of-date
purple ink--something I remember from my schools days in the 1940's.)   [Jim White]
[Received from Ron Hesketh in October 2014.]

MACV Telephone Book as of May 1968
Page 1 to Page 148               Page 149 to Back Cover
Located on the Texas Tech Vietnam Archive Website.
[These files are rather large and may a few minutes to load.]
If you haven't seen this telephone directory before, you should enjoy the great amount of primary information it contains.
If this info reminds you of a place you worked, or someone you knew, please let us know.
Recently, the AFVN Group has been discussing the Charles Neil listing in the 1973 DAO telephone directory.
Someone wondered when AFVN's Tiger phones from Jan 1968 had been changed to the 922 exchange
which Chuck had in the 1973-75 era.  Chuck prepared the White Christmas message
played during the Fall of Saigon.

While working on this page in October 2019, I discovered that the above links to the telephone book no longer worked.

I guess we can no longer enjoy it.  Jim White

A portion from page 50 of the May 1968
MACV Phone Book showing the AFVN listing.

This excerpt from the May 1968 directory (right)
shows that AFVN's numbers were already listed
as "922" and  not Tiger.

[AFVN is rather strangely listed in that
the  Network OIC appears to be
"under" the News Division.  Webmaster]

Below is Charles "Chuck" Neil's personal phone book listing as of May 1973.
[He worked for the Army Division of the Defense Attache's Office.
Building T-1 might refer to the AFVN Saigon's main studio building while
Room 127 may be the room number but this has not been confirmed.   Webmaster

Related to Vietnam - G to I

I saw this article in the English Language Japan News on December 7th, 2019.  I sent it to

Ken Kalish since he has "been on the Mekong" and this was his reply.   Jim White

Thanks, Jim.
I had not seen these pieces.  Since the Lao people have concerns only for the river in their domain, they have little incentive to actually mitigate the effects of their power station.  A “clean” Mekong.  Imagine that.  Like any great river, it needs to be able to flex its muscle.
One thing that comes immediately to mind is how low water levels will reveal war materials, like un-exploded ordinance and skeletal remains – particularly of some of our 9th infantry cohorts.  Another concern is for the Mekong catfish and the freshwater dolphins.  They require deep, dirty water to maintain their populations, but that cycles back to the Laos and their concern or lack thereof for the river that lives South of their domain.
Ken

Related to Vietnam - A 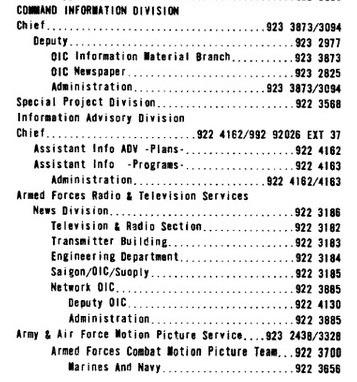