Bien Hao Air Base Flight Board
Most of us went through Tan Son Nhut but what is noticible about this list is the number of
civilian airlines involved in the Vietnam War and that fact that the majorty of the flights went
through Yokota Air Base, Japan to Travis Air Force Base near Sacramento, CA.
[Courtesy of Paul Bottoms, November 2016.]

Although Bill Mauldin was most famous for his "Willie and Joe" cartoons during World War Two,

he was also in Hue, South Vietnam during TET'68 visiting his son,

Bob Hope's Correspondence with the GI's he Entertained During WW II

​[Note: There is a video advertisement at the beginning but it can be ignored.  Submitted by Jim White.]

Battle of La Drang -- Where the US Truly Went to War

An Interview with USA Colonel Tony Nadal who commanding a company during the Battle of La Drang, 1965.

Clippings from the Chicago Tribute for October 31, 1963 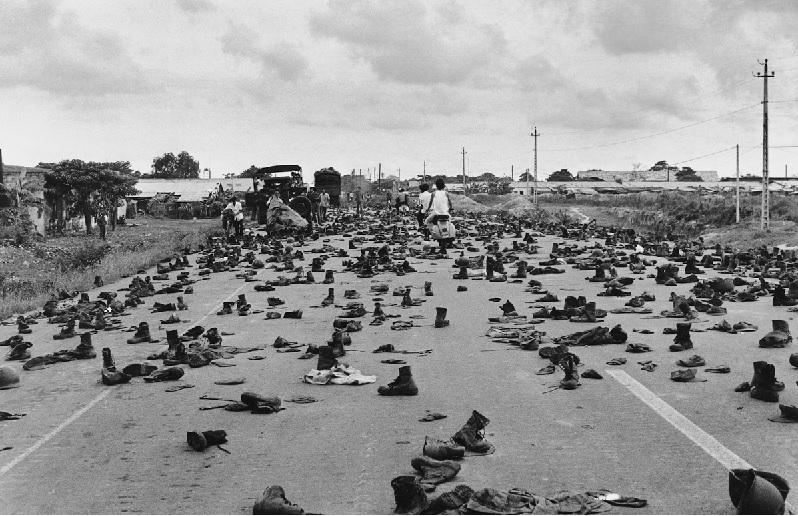 Beer - Those Were the Days!

The price of beer in Vietnam when we were there is almost unbeliveable today. 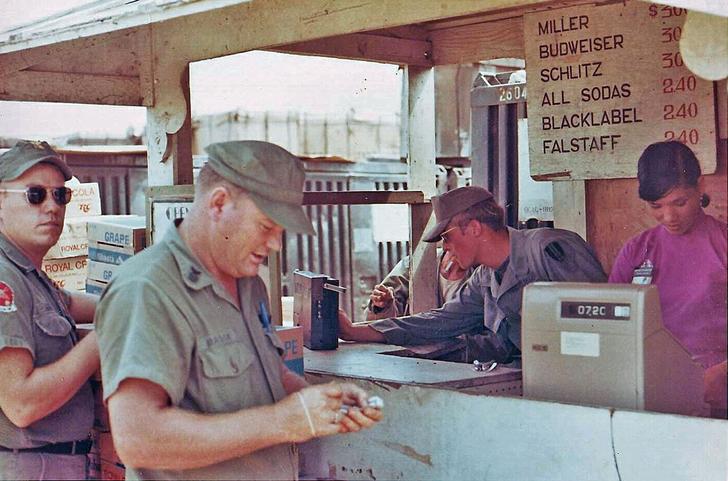 One day comedian Bob Hope got a suggestion from a sponsor: broadcast his popular radio program from March Field, an Army air base at Riverside, California.  "Why should we drag the whole show down there?" Hope asked.  But he consented, and on May 6, 1941, he performed for hundreds of cheering troops.  That one show changed his life.  He couldn't get out of his mind the appreciative response of the young recruits.  Seven months later, Japan attacked Pearl Harbor. Throughout the rest of World War II, with only two exceptions,  Hope aired his shows from U.S. military installations. He went wherever the soldiers were fighting -- Europe, North Africa, the Pacific.  "When the time for recognition of service to the nation in wartime comes to be considered, Bob Hope should be high on the list," John Steinbeck wrote in a newspaper column.  "He gets laughter wherever he goes from men who need laughter."
After the war Hope became one of America's most popular entertainers. (And one of its most successful immigrants.  His family had emigrated from England when he was a boy, coming through Ellis Island.)  He never forgot the troops.  For more than half a century, through the Cold War, Korean War, Vietnam War, Persian Gulf War, and times of peace, he led tours around the globe to perform for soldiers.  "I wouldn't trade it for my entire career," he said.  "Until you've actually seen them in action, you have no conception of their courage."  Millions watched his televised Christmas shows for the troops.
Hope received all kinds of awards for service to country, including the Congressional Gold Medal and Presidential Medal of Freedom.  In 1997, six years before his death, Congress made him an "Honorary Veteran," the first time it had ever bestowed such a tribute.  Hope said it was the greatest honor he had ever received.

Bob Hope on Tour Christmas 1967
This was prepared as an "official US Air Force Film."

Bob Hope in Vietnam in 1970
This link goes to a rather large collection of photos and video segments related to Bob Hope's tour(s) in Vietnam.
I am not sure if it limited to just his 1970 tour or not.
[Link furnished by Timothy Eastman, SGT, USAF  Saigon, 70/71]

Bob Hope in Vietnam in 1972 (Goes to a "This Day in History")
When he sent this , Mike wrote: I think you can see the MACV communications tower. The general's quarters is the
two-story building near the fence line. (It was like a motel. Other ranking people stayed there.)
As I recall, General Weyand was at the show. Redd Foxx and Lola Falana were featured performers..
Bob Nelson also commented that he was there at the time.
[Received from Mike McNally in December 2015.]

Bob Hope in Vietnam in 1972
Group Discussion about what was really his last show at MACV in 1972.

Bob Hope in Vietnam in 1972
Short, 10-minute synposis of a show in Vietnam, location unknown.

Link to the Spring 2016 issue of On Patrol, the magazine of the USO.

Warning!  INcludes suggestions that you contribute to the USO--but it isn't mandatory.

Clips from some of Bob Hope's Christmas Shows.

Books on the Vietnam War
Retired MSG Ray Bows has written a number of books related to the Vietnam War.
The above link goes to a number of his books.
His latest book, titled   "In Honor and Memory" is available at the following link.  Click Here.

Comments on the Various Combat Boots Used During the Vietnam War

Boots in the Road -- April 30, 1975
Combat boots and other military items abandoned by the South Vietnamese military as they fled towards
Saigon and tried to hide their connections with the Government of South Vietnam.

I don't think that this statue existed during the Vietnam War.  There are more pictures of it in

Harry Simons' slide show from his trip to DaNang. 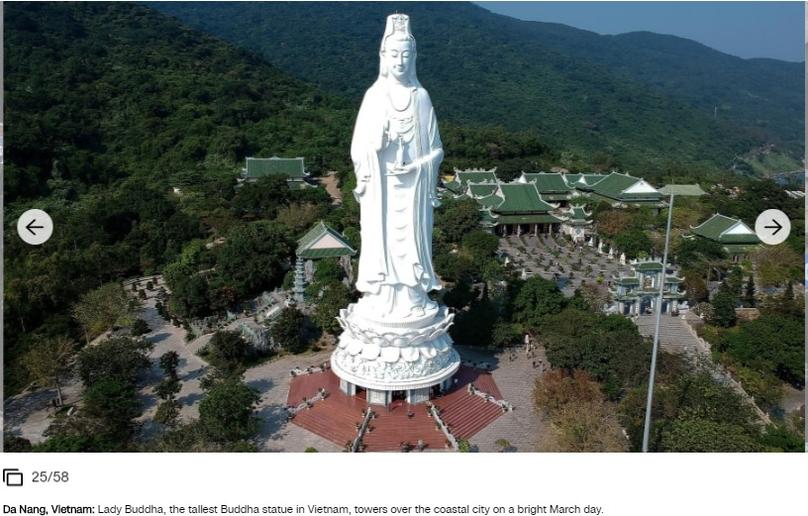 Related to Vietnam - A
View on Mobile