Intelligence Report - Allied Land Force, French Indo-China
October 1945
Describes activities of interest to the Allied Land Force, French Indo-China.
Mentioned in the document are two Saigon area locales, Khanh Hoi Island and Thanh My Tay.
Khanh Hoi was the island just south of downtown Saigon. Thanh My Tay is the area just beyond the Saigon Zoo.  If you drove
out Hong Thap Tu past AFVN, as though headed for the bridge to Long Binh, you would enter into the Thanh My Tay area. This

document gives a good snapshot of the various forces in the Saigon area, mainly the British, French, Japanese and Viet Minh.

From a Vietnam buddy in the great state of South Carolina!!!  God bless those chopper crews who came to get us more than once!!!

Images of a Lengthy War
Link to a public domain book available on the archive.org site.  By Joel Meyerson, a military historian in Vietnam.
(Some sample photos)

Honda - Vietnam's 1969 Street Fashion Story as Told Through Honda Cubs
Rick suggests that Hon Tre Island is in the background of several of the first photos.

[From Saigoneer Magazine.  Link received from Rick Fredericksen in December 2018.] 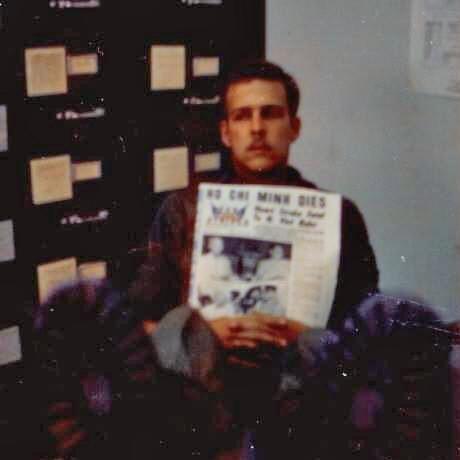 Related to Vietnam - D to F

“Huey” Helicopter - Why UH-1 Iroquois  Is Such an Icon of the Vietnam War
Taken from Facebook on February 2nd, 2020.]

[Received from Marc Yablonka and Bob Peetz on February 10, 2019

(The) Hueys
Tribute to the Helicopter Pilots of the Vietnam War.
[Received from John Lehman on September 4, 2013.]

Indochina - Map of Laos, Cambodia and Vietnam in 1953
[Posted on Facebook by Paul Blizzard in July 2020.]

Honor Flights
These are flights arranged by the Honor Flight Network so that veterans can have a chance to visit
Washington D.C. and the Vietnam Wall, etc.  This link goes to a page with information on signing up for one.

​Going Back to Vietnam - Peter Berlin
In March 2013, Peter Berlin wrote that he was planning a trip to Vietnam.
He said that he would report back but as far as the Webmaster knows he never did.​

Al Gore in Vietnam
Not the most important item on this website, but perhaps just a little known fact?
[Received from Mike McNally in July 2016.]

These colorized photos show people from the Royal Family all the way down to the common man.

​A glimpse of a past culture we who were in Vietnam never knew anything about.