- Photos and Comments about KLIK

- Photos and Comments about KLIK - More

Accents -  See Government Out of Control and Accents

Acrobatic Helicopter
Acts of Kindness towards Veterans and Next of Kin

Adams, Robert "Bob" - Photo with others from Det. 3

Advisor in Vietnam (US Army)

- A Short History of AFN in Europe -- Democracy on a Dial

- A Touch of Home -- The Story of AFRTS on Archive.org

- Iraq - Photo of some of the staff received from Peter Berlin

- Photos of the AFKN Studio in Seoul in 1968 (Rick Fredericksen)

After-Action Report on the draw-down and closing of AFVN dated March 23, 1972 ​

AFRS - Article from "The Observer" for July 6, 1963 about AFRS when less than a year old

- Slide Show made from the photos in the above article
- Brink Hotel Bombing, December 24, 1964

- Loosing the Trust of many GIs

- Moves to the Brink Hotel

- Signs on at the Rex Hotel

AFRTS - By the Year - Archive - by Thom Watson

"After the Hanoi Hilton"

- Names and Photos of those Killed

- Video of the Tragedy

AFVN Address - During and Post-Vietnam War

- Address - Both before and after the fall of Saigon

- Coverage of the 1968 Presidential Election

- Memories and Comments by Ron Turner

- Email Group - How it Started

- Entrance and the side of the building along the road

- Finding the Saigon Compound in 2015

- Improvements to the Network

- Knocked off the air by a typhoon - Newsletter, January 1972

- Listening to AFVN in the Field

- Location of the Saigon Main Station

- Meaningful to the GI's and the Vietnamese

- Not Reporting about the Opposition to the War within the U.S.

- Other Reasons for - Hanoi Hannah and Nguyen Van Tung

- Pat Sajak talks about being assigned to AFVN

- The main building seen from the entrance to the Vietnamese Station -

- Playlists
- Policies and Procedures as of April/May 1970

- Radio, Scope of, and Radio and TV Program schedules (undated)

- Reductions in Facilities and Changes in Mission

- Saigon Entrance (During the Vietnam War and Today)​

- Signs Off Forty-Three Years Ago Today!

- Tower, Broadcasting - From a distance with a lookout on duty

AFV   - Was the AFVN Main Station Located within the old Saigon Citidel?

AFVN Radio and TV, The Story of

AFVN FM - Sign On and "Sunrise in Saigon" Opening

NOTE:  Due to it's length, this index is divided into two sections:

To find a name/item/place/etc., either scroll down the page or use CTRL+F to pull up your browser's search function.

All of the entries are linked to a page either on this or another site.

Use the back arrow to return to this page. 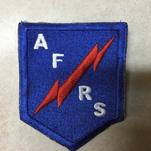 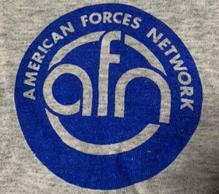